In the middle of the nineteenth century, Robert Brown (1773 – 1858) was considered a scientific titan and dubbed ‘Jupiter Botanicus’, the greatest botanist of his time, with broad interests in plant science. Yet today, beyond Brownian Movement and the ‘R.Br.’ after hundreds of plant-names, he and his ground-breaking work are little appreciated, largely because, on the one hand, his pioneering discoveries have become a familiar part of mainstream biology and, on the other, his work was to be sidelined by his botanical successors bent on pure systematics and inventory as part
of the British imperial endeavour.

This book is an attempt to draw together for the first time published materials on Brown’s work with information contained in his unpublished manuscripts and associated specimens, predominantly those in the Natural History Museum London. In the first part, there is a sketch of his life, an eponymy, a list of his publications and an account of his botanical manuscripts in the Natural History Museum London. The second part is devoted to a catalogue of Brown’s new names with types, modern disposition and supplementary notes.

The book presents new combinations and typifications that were revealed to be necessary through this work. Brown’s published names include 18 orders, 56 families, 21 tribes and subfamilies, 440 genera, 33 sections or other infrageneric ranks, 2975 species and 39 infraspecific names.

The Robert Brown Handbook is the definitive account of this remarkable Nineteenth Century scientist. 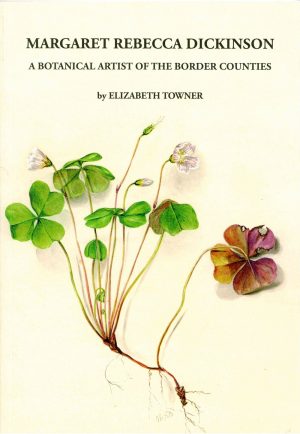 Margaret Rebecca Dickinson: A Botanical Artist of the Border Counties