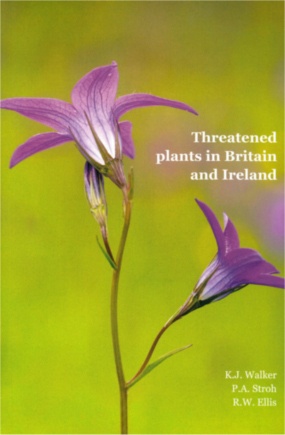 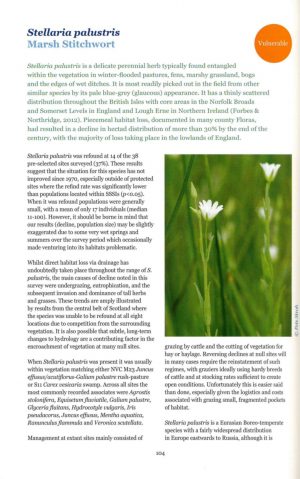 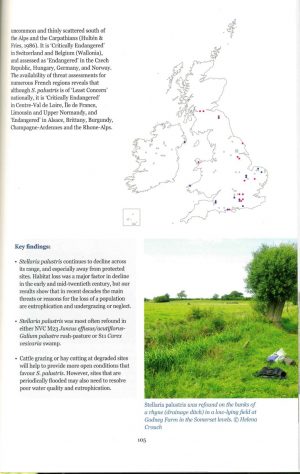 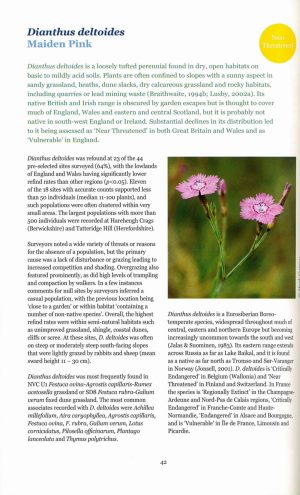 Threatened Plants in Britain and Ireland

BSBI’s Threatened Plants Project ran from 2008 to 2013 and was one of the most extensive sample-based surveys of threatened plants ever undertaken in the British Isles. More than 800 volunteers across Britain and Ireland visited almost 2000 sites to collect data on 50 threatened species of wild flowers, which BSBI’s Science Team had reason to suspect might be in decline. The data collected during the project, which included the size, habitat, associated vegetation and management of each population, as well as the threats to the chosen species on each site, have now been analysed by the Science Team, and the results presented in this publication.

The book presents the findings of the survey through individual species accounts, and examines why some species are more threatened than others by considering their characteristics, the extent to which changes in the wider environment have been offset by statutory designation, and the implications for their future conservation.

£25.00
Usually dispatched within 6-10 days
We use cookies to ensure that we give you the best experience on our website. If you continue to use this site we will assume that you are happy with it.Ok