Drosera of the World: 3 Volume Set

Drosera are amongst the most recognised carnivorous plants worldwide for their distinctive, dew-covered insect-trapping leaves, with flowers that range from simple and diminutive to some of the most spectacular of all carnivorous plants. The genus is widespread, occurring across Eurasia, Africa, North America, South America and Oceania. These remarkable plants inhabit a broad range of ecological niches, from the wet bogs of the boreal north to sub-Antarctic alpine meadows and even seasonally-wet desert landscapes. While the highest levels of diversity worldwide are found on the Australian mainland, which is home to over 150 species, the species of Africa and South America are the least known species of all. The first species of Drosera were described more than 500 years ago, but new species continue to be discovered even today.

These generously illustrated volumes document all Drosera species recognised to date, featuring in-depth descriptions, background information and over 1900 photographs, as well as an exhaustive index of all Drosera names and synonyms.

Set of all three volumes sold together. 2020 Reprint. 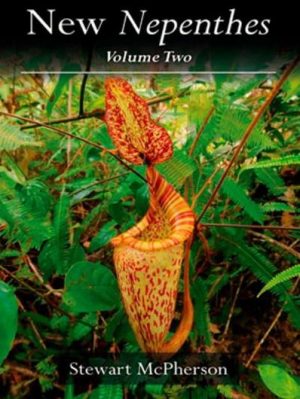