British Soldierflies and their Allies is a guide to the identification and natural history of eleven families of large and attractive flies that have fascinated entomologists for many years. It is a sequel to British Hoverflies by Alan Stubbs and Steven Falk and employs a similar format for the keys. Illustrations of the identification features are shown alongside the couplets, which allows species to be recognized more readily than with previous publications. The text summarises an extensive body of information that was previously dispersed in many publications, as well as including original observations based on many years of fieldwork. The colour photographs by David Wilson depict specimens of adult flies for nearly the entire British fauna of these families, showing their distinctive appearance and coloration.

In their preface the authors write the following about changes in comparison to the first edition:

“A straight reprint would have been quick and easy but annoyingly out of date, so this edition includes the most significant information from recent literature and other sources. Since a provisional distribution atlas is in preparation, statements on distribution and flight periods are in general left as in the first edition.

Perhaps surprisingly there have been no extra species added to the British list. However, a photo exists that may be of the bee-fly Systoechus ctenopterus (=sulphureus) but, without a voucher specimen, some uncertainty remains (this species was included in the bee-fly keys in the first edition). The keys in this edition remain virtually the same, although there have been some tweaks within the adult tabanid keys, mainly within Hybomitra (but the perfect horsefly key remains our Holy Grail).

In this edition Rhagionidae has still been treated as a single family. There is a growing opinion that Ptiolina and Spania should be divided off as a separate family; indeed, in the family key they are treated separately. Since this book is concemed with species identification, opinions on alternative higher classification are of lesser importance, so the chapter has not been restructured.” 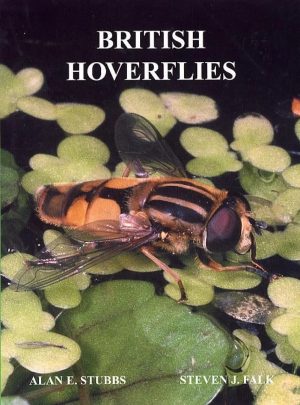