A History of Earth’s Biota: The Blooming of Life

Over the past half-century, studies of the evolution of life have themselves evolved, markedly. Life’s earliest history, unknown and thought unknowable for the 100 years following publication of Darwin’s great opus in 1859 has finally come to light as the documented fossil record has been extended an astonishing sevenfold, from 500 million to now 3,500 million years. No longer are studies of evolution based solely on ancient fossils, now augmented by the evidence of life’s long development encoded in its genetic and biochemical make-up. Indeed, as new knowledge of the history of plants and animals and of their ever-changing environment has been unearthed, understanding of the overriding impact of the sequential co-evolution of the two groups, plants leading the charge with animals following their fodder, has become increasingly acknowledged.Intended for a non-specialist audience, students and laypersons alike, this book presents an up-to-date, well-illustrated encapsulation of the Phanerozoic history of life, the 550-million-year-long advance of plants and animals that set the stage for the rise of humans. The presentation deals with the human side of science, not just the science itself, as it illuminates how scientific discoveries are actually made. It is a wondrous read as it wends its way through a terrifically interesting, remarkable tale, showing that, surprisingly and stunningly, it is true beyond all doubt that from plants to people, bacteria to bats, microbes to man, all life is linked!

J. William Schopf is a much-respected paleobiologist, astrobiologist, researcher and teacher. A member of the University of California, Los Angeles professoriate since 1968, he is recipient of all of his university's campus-wide faculty accolades for teaching, research, and academic excellence. Having received his MS and PhD from Harvard University, he is a member of the National Academy of Sciences, the American Academy of Arts and Sciences, and the American Philosophical Society. He is also the recipient of an honorary doctorate degree from the University of Pretoria, South Africa, and of the Centennial Medal of the University of Concepcion, Chile, and he is the author of more than 400 scientific publications, including three books and 12 edited volumes. 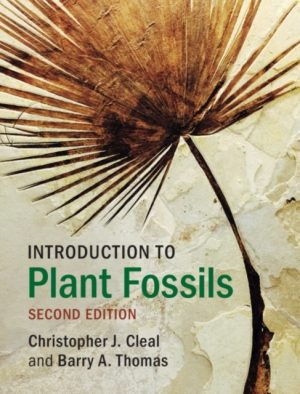