This ground-breaking book explains how special circumstances enabled ale-drinking Devon to become a cider county in Tudor and Stuart times. There has been a remarkable revival over the last few decades. Autumn Apple Days have become big events, and new ciders and juices with local provenance have appeared.

The expertly written and beautifully illustrated volume investigates this recent turn-round and offers a positive vision of the future, with practical suggestions on how lovers of Devon might ensure it remains a county of orchards.

Michael Gee was born south of Manchester, and educated south of Liverpool at Birkenhead School. He has degrees in Geography (Oxford) and Town & Country Planning (Edinburgh). He worked as a chartered planner in local and central government, consultancy and the charitable sector before moving to Devon in 1987 as Director of the Dartington North Devon Trust.

In 1990 he inaugurated North Devon’s ‘Save our Orchards’ Campaign; it became Orchards Live which he chaired. His particular interest was saving North Devon’s own cherries, (mazzards), from extinction, and he helped establish the orchard on Landkey’s Millennium Green. He was awarded a BEM for services to orchard conservation in 2013. 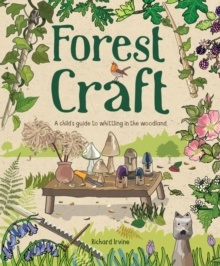 Forest Craft : A Child’s Guide to Whittling in the Woodland