John James Audubon: The Nature of the American Woodsman

John James Audubon’s The Birds of America stands as an unparalleled achievement in American art, a huge book that puts nature dramatically on the page. With that work, Audubon became one of the most adulated artists of his time, and America’s first celebrity scientist.

In this fresh approach to Audubon’s art and science, Gregory Nobles shows us that Audubon’s greatest creation was himself. A self-made man incessantly striving to secure his place in American society, Audubon made himself into a skilled painter, a successful entrepreneur, and a prolific writer, whose words went well beyond birds and scientific description. He sought status with the “gentlemen of science” on both sides of the Atlantic, but he also embraced the ornithology of ordinary people. In pursuit of popular acclaim in art and science, Audubon crafted an expressive, audacious, and decidedly masculine identity as the “American Woodsman,” a larger-than-life symbol of the new nation, a role he perfected in his quest for transatlantic fame.

Audubon didn’t just live his life; he performed it. In exploring that performance, Nobles pays special attention to Audubon’s stories, some of which-the murky circumstances of his birth, a Kentucky hunting trip with Daniel Boone, an armed encounter with a runaway slave-Audubon embellished with evasions and outright lies. Nobles argues that we cannot take all of Audubon’s stories literally, but we must take them seriously. By doing so, we come to terms with the central irony of Audubon’s true nature: the man who took so much time and trouble to depict birds so accurately left us a bold but deceptive picture of himself.

Gregory Nobles illuminates different sides of the indefatigable explorer's personality, actions, and life. As Audubon joined his adopted country in some of the shameful aspects of its history, he also embodied much of its good: hope, perseverance, and democratic values-for whites, anyway. Despite Audubon's contradictions, we can still admire him for his relentless quest to document the feathered residents of North America. * American Birding Association * Historian Gregory Nobles explicates the man in all his complexity. . . . Deftly dissecting the multifaceted life of the Frenchman who came to embody the American pioneer more than any natural-born citizen, Nobles balances fresh anecdotes with skepticism [and] delivers a captivating portrait of a self-taught, self-made man who out of passion to paint America's birds illustrated a country ripe with possibilities. * American History * Nobles's John James Audubon, beautifully produced by the University of Pennsylvania Press . . . delivers, competently and fluently, what its subtitle promises-an investigation of Audubon's personal brand, the "American Woodsman." * American Historical Review *

Gregory Nobles is Professor of History Emeritus at the Georgia Institute of Technology.

The Selborne Pioneer: Gilbert White as Naturalist and Scientist – A Re-examination

Mike Dennis: A Memorial Publication Celebrating the Life of Mike Dennis, and Especially His Contribution to the Understanding and Conservation of the Birds in His Local Patch of Havering and East London 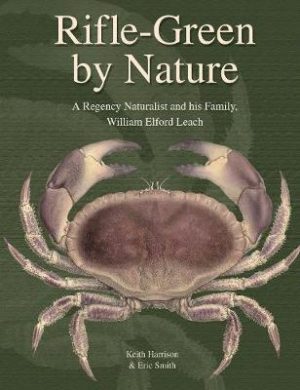 Rifle-Green by Nature: A Regency Naturalist and his Family, William Elford Leach

Nature’s Conscience: The Life and Legacy of Derek Ratcliffe