There is no escaping the fact that the British climate is changing, and our wildlife is changing with it. In Climate Change and British Wildlife, Trevor Beebee examines the story so far for our plant, fungi and animal species. Warmer and wetter winters, combined with longer summers, have worked to the advantage of plants such as the rare Lady Orchid, and a whole range of insects. The UK is also hosting new arrivals that come in on the wing. But there is adversity, too. Alpine plants and seabirds – particularly Kittiwakes – are suffering declines as our countryside warms. Given the evidence so far, can we predict what the future holds for our British ecosystems?

Fascinating but frightening, compelling and concerning … this book brings together all you need to know about how the climate is impacting wildlife.” CHRIS PACKHAM

Author
Trevor Beebee is emeritus professor of Evolution, Behaviour and Environment at the University of Sussex and a trustee of the Amphibian and Reptile Conservation Trust. He has worked on the ecology and genetics of British amphibian populations for more than 40 years, and has published more than 200 scientific papers and articles on those subjects. His previous books include Ecology and Conservation of Amphibians (1998) and Amphibians and Reptiles (2000) with Richard Griffiths in the New Naturalist series (volume 87). In 2009 he was awarded Fellowship Honoris Causa by the British Naturalists’ Association.

For anyone interested in natural history, Climate Change and British Wildlife is a hugely important read. A painstaking volume of research has evidently been invested in producing this book, with the author's own decades of observation and expertise also playing their part ... Beebee has done a brilliant job of capturing the hard facts of science, yet presenting what could easily prove an exhausting topic in an insightful and compelling manner ... thoroughly recommended. -- Josh Jones * Birdguides * This is the sixth volume of the British Wildlife Collection and it maintains its established standard of excellence. Based upon its content and style, I think that this is the best environmental book that I have read in a long time. -- John Hopkins * British Wildlife magazine * This is a must-read for anyone with an interest in British wildlife ... the triumph of this book is the level of detail whilst being an engaging read. -- Claire Boothby * BTO book reviews * A well-illustrated and thought-provoking text. -- Antoinette Mannion * British Ecological Society's 'The Niche' magazine * A broad, approachable and accurate summary of where we are in the early 21st century, as climate change really begins to kick in. -- Trevor James * British Naturalists' Association's 'Country-Side' magazine *

Trevor Beebee is emeritus professor of evolution, behaviour and environment at the University of Sussex, and a trustee of the Amphibian and Reptile Conservation Trust. He has worked on the ecology, conservation and genetics of British amphibian populations for more than 40 years, and has published several books and more than 200 scientific papers and articles on those subjects. In 2009, he was awarded Fellowship (Honoris Causa) by the British Naturalists' Association.

Whatever the Weather…: The Calendar of Climate Change 2009

Fostering Internationalism through Marine Science: The Journey with PICES

Plant Breeding: Past, Present and Future 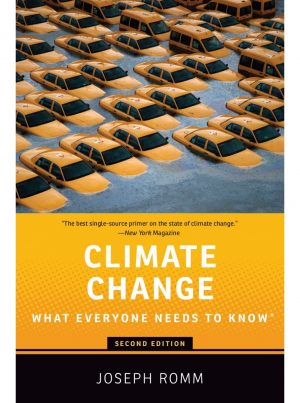 Climate Change: What Everyone Needs to Know

Climate Change and the Health of Nations