The Story of Life in 25 Fossils: Tales of Intrepid Fossil Hunters and the Wonders of Evolution

Every fossil tells a story. Best-selling paleontology author Donald R. Prothero describes twenty-five famous, beautifully preserved fossils in a gripping scientific history of life on Earth. Recounting the adventures behind the discovery of these objects and fully interpreting their significance within the larger fossil record, Prothero creates a riveting history of life on our planet. The twenty-five fossils portrayed in this book catch animals in their evolutionary splendor as they transition from one kind of organism to another. We witness extinct plants and animals of microscopic and immense size and thrilling diversity. We learn about fantastic land and sea creatures that have no match in nature today. Along the way, we encounter such fascinating fossils as the earliest trilobite, Olenellus; the giant shark Carcharocles; the “fishibian” Tiktaalik; the “Frogamander” and the “Turtle on the Half-Shell”; enormous marine reptiles and the biggest dinosaurs known; the first bird, Archaeopteryx; the walking whale Ambulocetus; the gigantic hornless rhinoceros Paraceratherium, the largest land mammal that ever lived; and the Australopithecus nicknamed “Lucy,” the oldest human skeleton. We meet the scientists and adventurers who pioneered paleontology and learn about the larger intellectual and social contexts in which their discoveries were made. Finally, we find out where to see these splendid fossils in the world’s great museums. Ideal for all who love prehistoric landscapes and delight in the history of science, this book makes a treasured addition to any bookshelf, stoking curiosity in the evolution of life on Earth.

Donald R. Prothero is one of the most talented science writers of his generation-as a paleontological writer, he has no peer. This is an engaging, attractive book! -- David J. Bottjer, University of Southern California There is no other book that brings together such diverse fossils and tells their unique stories in a way that is both accurate and approachable. -- Xiaoming Wang, curator of vertebrate paleontology at the Natural History Museum of Los Angeles County The Story of Life in 25 Fossils shows the reader the joys of paleontological discovery as well as the stories behind some of the most important fossils. I loved reading it, and I suspect that most paleontologists, and many members of the general public, will feel the same way-the text is lucid, extremely easy to read, and highly informative. Anyone interested in ancient life-forms and the fossil record would be well served to buy this book. -- Bruce S. Lieberman, University of Kansas Prothero, an outstanding paleontologist and skilled communicator, has written the best up-to-date account of the history of life as revealed by the fossil record that I have ever had the pleasure to read. His lucid prose brings these long-dead organisms back to life, while painting a picture of how all life has been interconnected through evolution. I was especially struck by the inclusion of field outcrops, as well as museums, where one can go to see these fossils. I will keep Prothero's book handy as a core reference for years to come! -- Niles Eldredge, author of Eternal Ephemera: Adaptation and the Origin of Species from the Nineteenth Century Through Punctuated Equilibria and Beyond A guide to museums where the original fossils or high-quality reproductions are housed and more than 150 illustrations accompany Prothero's lively account of the science and politics that shaped the rich history of these discoveries. Kirkus Reviews Engaging and accessible... Ideal for anyone interested in the origins of life on earth. Library Journal (starred review) An accessible, well-done book that will better enable general readers to understand the fossil record and how paleontologists interpret it. Publishers Weekly Prothero's careful description of 25 fossils... offer[s] an overview of the progression of plants and animals in the last 3.5 billion years. -- Ashley Yeager Sciece News [Prothero] pays attention not just to the fossils themselves but to the continuing quest to uncover and understand how life has been changing since it first came into existence on Earth. Sure, The Story of Life in 25 Fossils includes snakes with legs, giant dinosaurs, walking whales and extinct primates whose existence confirms that our own species is a variety of modified ape. But most chapters also introduce us to the researchers who labored to pull back the curtain on lost worlds. -- Brian Switek Wall Street Journal Ideal for all who love prehistoric landscapes and delight in the history of science, this book makes a treasured addition to any bookshelf, stoking curiosity in the evolution of life on Earth. -- Ian Paulsen The Birdbooker Report Prothero brings erudition and expert perspective to the material, but animates it in an entertaining and accessible manner. It reads like a fun conversation with a learned friend. -- Nathan H. Lents The Human Evolution Blog Written with bright enthusiasm... [The Story of Life in 25 Fossils] is a wonderful primer. -- Rob Hardy The Commercial Dispatch Chock full of excellent and interesting illustrations... [Prothero] writes excellent, readable prose, and vigorously makes connections between evolutionary questions and evolutionary data. Greg Laden's Blog A thoroughly enjoyable, highly readable, and entertaining book. Prothero is a masterful communicator of science and a lover of paleontology, and these traits have combined to produce one of the best books on the history of life I have read. If you want an introduction to the history of life on Earth, get this book. -- Jason S. Anderson BioScience A great introduction to the history of life on the planet Earth... A solid primer on why evolution is true... A fun read with lots of tales of paleontological adventure and derring-do... I recommend this book without hesitation. -- John Dupuis Confessions of a Science Librarian A magnificent journey through life's story told in such loving detail... Highly recommended. Choice [The book], written with bright enthusiasm and describing clearly how the fossil record shows evolution to have occured, is a wonderful primer about what paleontologists do. The Dispatch

Donald R. Prothero has taught college paleontology and geology for almost four decades at the California Institute of Technology, Columbia University, Occidental College, Vassar College, and Knox College. He is adjunct professor of geological sciences at California State Polytechnic University at Pomona, adjunct professor of astronomy and earth sciences at Mt. San Antonio College, and research associate in vertebrate paleontology at the Natural History Museum of Los Angeles County. He is the author of more than thirty-five books, including Bringing Fossils to Life: An Introduction to Paleontology and the best-selling Evolution: What the Fossils Say and Why It Matters. He has also published more than 300 scientific papers. In 1991, he received the award for Outstanding Paleontologist Under the Age of 40. In 2013, he was awarded the James Shea Award by the National Association of Geoscience Teachers for outstanding writing and editing in the geosciences. 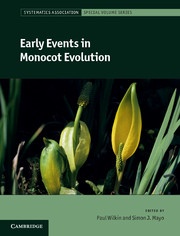