The Soul of an Octopus: A Surprising Exploration Into the Wonder of Consciousness

In 2011 Sy Montgomery wrote a feature for Orion magazine entitled ‘Deep Intellect’ about her friendship with a sensitive, sweet-natured octopus named Athena and the grief she felt at her death. It went viral, indicating the widespread fascination with these mysterious, almost alien-like creatures.

Since then Sy has practised true immersion journalism, from New England aquarium tanks to the reefs of French Polynesia and the Gulf of Mexico, pursuing these wild, solitary shape-shifters. Octopuses have varied personalities and intelligence they show in myriad ways: endless trickery to escape enclosures and get food; jetting water playfully to bounce objects like balls; and evading caretakers by using a scoop net as a trampoline and running around the floor on eight arms. But with a beak like a parrot, venom like a snake, and a tongue covered with teeth, how can such a being know anything? And what sort of thoughts could it think?

The intelligence of dogs, birds, and chimpanzees was only recently accepted by scientists, who now are establishing the intelligence of the octopus, watching them solve problems and deciphering the meaning of their colour-changing camouflage techniques. Montgomery chronicles this growing appreciation of the octopus, but also tells a love story. By turns funny, entertaining, touching and profound, The Soul of an Octopus reveals what octopuses can teach us about consciousness and the meeting of two very different minds.

'Charming and moving...with extraordinary scientific research.' * Guardian * 'Sy Montgomery's The Soul of an Octopus does for the creature what Helen Macdonald 's H Is for Hawk did for raptors.' * New Statesman * 'An engaging work of natural science... There is clearly something about the octopus's weird beauty that fires the imaginations of explorers, scientists, writers.' * Daily Mail * 'Fascinating... touching... informative... Entertaining books like The Soul of an Octopus remind us of just how much we not only have to learn from fellow creatures, but that they can have a positive impact on our lives.' * DAILY BEAST * 'Journalistic immersion... allows Montgomery to deliver a deeper understanding of the "other", thereby adding to our understanding of ourselves. A good book might illuminate something you knew little about, transform your world view, or move you in ways you didn't think possible. The Soul of an Octopus delivers on all three.' * New Scientist * 'Naturalist Montgomery writes exceptionally affecting and enlightening books inspired by both rigorous scientific curiosity and enraptured wonder and empathy for all living beings... In prose as gripping and entwining as her subjects' many arms, Montgomery chronicles the octopus' phenomenal strength, dexterity, speed... She also tells funny and moving stories about her friendships... Montgomery's uniquely intimate portrait of the elusive octopus profoundly recalibrates our perception of consciousness, communication and community.' * Booklist (STARRED review) * 'Award-winning author Montgomery reveals [octopuses'] beauty. The book takes readers on a vivid tour of their complex inner world... explores their proclivities, their relationships and their intelligence and ultimately tries to deduce whether they possess consciousness... It is hard to come away from this book without a new appreciation for these wonderful creatures.' * Scientific American * 'Montgomery's journey of discovery encourages the reader to reflect on his or her own definition of consciousness and "soul". In the end, the book leaves one with the impression that our way of interacting with the world is not the only way or the most superior way and that sentience similarly comes in a variety of equally astounding forms, all worthy of recognition and compassion.' * Science Magazine * 'What makes this book unusual is that Montgomery doesn't try to answer this question [about consciousness] by sifting through piles of research. Instead, she ... listens. She records every small moment, treating each octopus like a character in a Jane Austen novel. The effect is wonderful. By the end, it's hard to shake the feeling that these bizarre creatures really do have rich internal lives, even if we still lack the imagination to grasp them entirely.' * Vox * 'Delightful.' * NATURE * 'With apparent delight, Montgomery puts readers inside the world of these amazing creatures. A fascinating glimpse into an alien consciousness.' -- Kirkus Reviews 'Renowned author Sy Montgomery's latest gem is a must read for those who want to dissolve the human-constructed borders between "them" (other animals) and us. Connecting with other animals is part of the essential and personal process of rewilding and reconnecting with other animals, and The Soul of an Octopus is just what is needed to close the gap.' -- Marc Bekoff, author of The Emotional lives of Animals 'Diving deeper than Jules Verne ever dreamed, The Soul of an Octopus is a page-turning adventure that will leave you breathless. Has science ever been this deliciously hallucinatory? Boneless and beautiful, the characters here are not only big-hearted, they're multi-hearted, as well as smart, charming, affectionate...and, of course, ambidextrous. If there is a Mother Nature, her name is Sy Montgomery.' -- Vicki Constantine Croke, author of Elephant Company 'In The Soul of an Octopus, Sy Montgomery immerses readers into an intriguing, seductive world just beneath the ocean waves and the lives of the creatures living within. In this beautifully written book, she brings empathy, insight and an enchanting sense of wonderment to the bonds we inherently share with other beings - even those seeming far different from us.' -- Vint Virga, DVM * The Soul of All Living Creatures * 'Enter the mysterious intelligent alien world of the octopus. Experience a real intelligence based on a sense of touch that humans can barely imagine.' -- Temple Grandin, author of Animals in Translation

Sy Montgomery is a naturalist, documentary scriptwriter and author of twenty acclaimed books of non-fiction for adults and children, including the National Book Award finalist The Soul of an Octopus and the memoir The Good Good Pig, a New York Times bestseller. The recipient of numerous honours, including lifetime achievement awards from the Humane Society and the New England Booksellers Association, she lives in New Hampshire with her husband, border collie and flock of chickens. 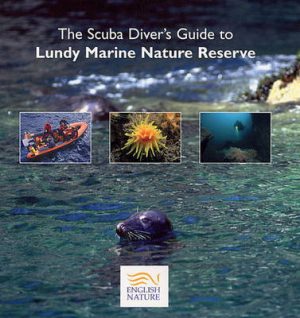 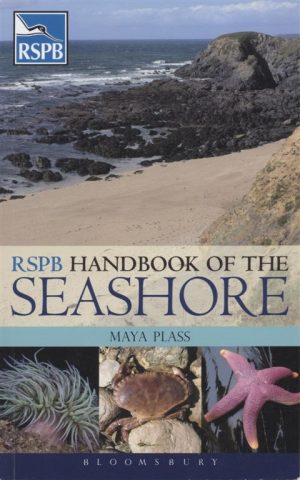 RSPB Handbook of the Seashore