In a world filled with breathtaking beauty, we have often overlooked the elusive charm and magic of certain landscapes. A cloudy river flows into a verdant Arctic wetland where sandhill cranes and muskoxen dwell. Further south, cypressbranches hang low over dismal swamps.

Places like these-collectively known as swamplands or peatlands-often gounnoticed for their ecological splendor. They are as globally significant as rainforests, and function as critical carbon sinksfor addressing our climate crisis. Yet, because of their reputation as wastelands, they are being systematically drained anddegraded to make way for oilsands, mines, farms, and electricity.

In Swamplands, journalist Edward Struzik celebrates these wild places, venturing into windswept bogs in Kauai and thelast remnants of an ancient peatland in the Mojave Desert. The secrets of the swamp aren’t for the faint of heart. Ed loses ashoe to an Arctic wolf and finds himself ankle-deep in water during a lightning storm.

But, the rewards are sweeter forthe struggle: an enchanting Calypso orchid; an elusive yellow moth thought to be extinct; ancient animals preserved inlifelike condition down to the fur. Swamplands highlights the unappreciated struggle being waged to save peatlands by scientists, conservationists, andlandowners around the world. An ode to peaty landscapes in all their offbeat glory, the book is also a demand forawareness of the myriad threats they face.

It urges us to see the beauty and importance in these least likely of places. Our planet’s survival might depend on it.

Edward Struzik has been writing about scientific and environmental issues for more than 30 years. A fellow at the Institute for Energy and Environmental Policy at Queen's University in Kingston, Canada, his numerous accolades include the prestigious Atkinson Fellowship in Public Policy and the Sir Sandford Fleming Medal, awarded for outstanding contributions to the understanding of science. His books include Future Arctic, Arctic Icons, The Big Thaw, Northwest Passage, and Firestorm. He is an active speaker and lecturer, and his work as a regular contributor to Yale Environment 360 covers topics such as the effects of climate change and fossil fuel extraction on northern ecosystems and their inhabitants. He lives in Edmonton, Alberta.

Ecology and Logging in a Tropical Rain Forest in Guyana: With Recommendations for Forest Management 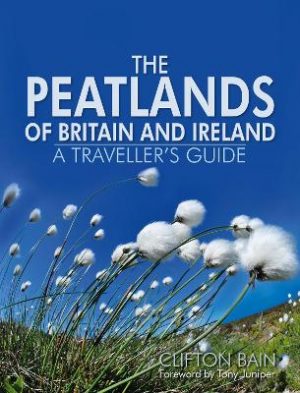 The Peatlands of Britain and Ireland A Traveller’s Guide