Sex in animals has been known for at least ten thousand years, and this knowledge was put to good use during animal domestication in the Neolithic period. In stark contrast, sex in plants wasn’t discovered until the late 17th century, long after the domestication of crop plants. Even after its discovery, the “sexual theory” continued to be hotly debated and lampooned for another 150 years, pitting the “sexualists” against the “asexualists”.

Why was the notion of sex in plants so contentious for so long? “Flora Unveiled” is a deep history of perceptions about plant gender and sexuality, beginning in the Ice Age and ending in the middle of the nineteenth century, with the elucidation of the complete plant life cycle. Linc and Lee Taiz show that a gender bias that plants are unisexual and female (a “one-sex model”) prevented the discovery of plant sex and delayed its acceptance long after the theory was definitively proven. The book explores the various sources of this gender bias, beginning with women’s role as gatherers, crop domesticators, and the first farmers.

In the myths and religions of the Bronze and Iron Ages, female deities were strongly identified with flowers, trees, and agricultural abundance, and during Middle Ages and Renaissance, this tradition was assimilated into Christianity in the person of Mary. The one-sex model of plants continued into the Early Modern Period, and experienced a resurgence during the eighteenth century Enlightenment and again in the nineteenth century Romantic movement. Not until Wilhelm Hofmeister demonstrated the universality of sex in the plant kingdom was the controversy over plant sex finally laid to rest.

Although “Flora Unveiled” focuses on the discovery of sex in plants, the history serves as a cautionary tale of how strongly and persistently cultural biases can impede the discovery and delay the acceptance of scientific advances.

“This book presents an impressive, highly readable, and beautifully illustrated panorama of the way that our understanding of sex, and ultimately sex in plants, expanded from the Stone Age to the 19th century. In the scholarly hands of Lincoln and Lee Taiz, the puzzle of plant reproduction gives us a fascinating mirror into human thought as it has grown in complexity through the ages. A masterpiece of exposition that will sturdily stand with the passage of time.” – Peter H. Raven, President Emeritus, Missouri Botanical Garden

Flora Unveiled is not only a scholarly work of great erudition, it is a true labour of love, and deserves to be read by all (not just the plant-minded). The authors are to be congratulated in giving us such an accomplished botanical detective story. * Nigel Chaffey, AoBBlog * This is a magnificent book, both erudite and engaging. Never losing their guiding thread of vegetal sexuality, Lincoln and Lee Taiz successfully cross-pollinate the specimens of knowledge that grow on the fields of plant science, philosophy, religious studies, and aesthetics. Flora Unveiled is better than a revelation; it is the event of truth (Heidegger's un-concealment) blossoming in the ever-metamorphosing shape of a plant. * Michael Marder, author of The Philosopher's Plant (2014) and, with Luce Irigaray, Through Vegetal Being (2016) * What are flowers for? With gusto and deep learning, Flora Unveiled explains why humanity took millennia to figure out that plants have sex - and why that great discovery met with disbelief and disgust. A classic of scientific and cultural exposition, with surprises on every page! * Karen Reeds, author of Come into A New World: Linnaeus and America * This book presents an impressive, highly readable, and beautifully illustrated panorama of the way that our understanding of sex, and ultimately sex in plants, expanded from the Stone Age to the 19th century. In the scholarly hands of Lincoln and Lee Taiz, the puzzle of plant reproduction gives us a fascinating mirror into human thought as it has grown in complexity through the ages. A masterpiece of exposition that will sturdily stand with the passage of time. * Peter H. Raven, President Emeritus, Missouri Botanical Garden * When botanist Linnaeus wrote in 18th-century Europe about "brides" and "bridegrooms" and sexual practices in the marriage beds of the Vegetable Kingdom, he joined cultural conversations about women, men, and plants that had been going on for centuries. This fascinating and very welcome book by two plant biologists offers historical perspectives on ideas about plant reproduction, especially disputes between "sexualists" and "asexualists." Based in energetic research and richly illustrated, it melds the history of science with current gender studies about cultural factors that shape scientific ideas. Lincoln Taiz and Lee Taiz track associations dating back to Mesopotamian vegetation goddesses and forward into Romantic writings between women, flowers, fertility, sexuality, and qualities gendered "feminine," especially what the authors term "the plants-as-female gender bias." * Ann Shteir, York University * Flora Unveiled: The Discovery and Denial of Sex in Plants is a tour de force written by the eminent plant physiologist Lincoln Taiz and his wife Lee, a biologist. It is destined to be a classic. * Professor Jules Janick, Chronica Botanica *

Lincoln Taiz is Professor Emeritus at the Department of Molecular, Cell, and Developmental Biology, University of California, Santa Cruz, and a Fellow of the American Society of Plant Biologists. He has published over a hundred and fifty research papers on a broad range of topics in plant physiology, and is the co-author of the standard textbook in the field, Plant Physiology and Development, currently in its sixth edition. Lee Taiz, a research biologist specializing in electron microscopy, co-authored numerous papers on plant biology and on the history of science while on the staff of the Cell and Molecular Biology Department at the University of California, Santa Cruz. Her paintings, primarily on botanical subjects, have been exhibited widely, and appear in books, periodicals, and exhibition catalogs. 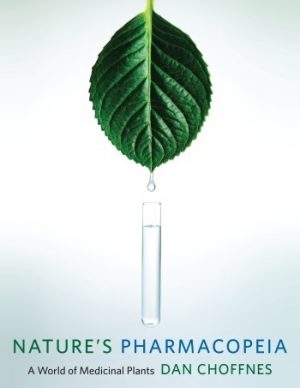 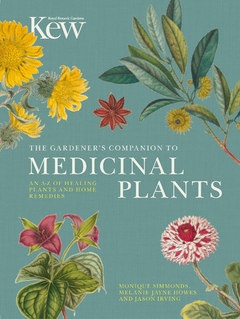 The Gardener’s Companion to Medicinal Plants : An A-Z of Healing Plants and Home Remedies

£49.50
Usually dispatched within 2-5 days
We use cookies to ensure that we give you the best experience on our website. If you continue to use this site we will assume that you are happy with it.Ok