Beasts Before Us: The Untold Story of Mammal Origins and Evolution

For most of us, the story of mammal evolution starts after the asteroid impact that killed the dinosaurs, but over the last 20 years scientists have uncovered new fossils and used new technologies that have upended this story.

In Beasts Before Us, palaeontologist Elsa Panciroli charts the emergence of the mammal lineage, Synapsida, beginning at their murky split from the reptiles in the Carboniferous period, over three-hundred million years ago. They made the world theirs long before the rise of dinosaurs. Travelling forward into the Permian and then Triassic periods, we learn how our ancient mammal ancestors evolved from large hairy beasts with accelerating metabolisms to exploit miniaturisation, which was key to unlocking the traits that define mammals as we now know them.

Elsa criss-crosses the globe to explore the sites where discoveries are being made and meet the people who make them. In Scotland, she traverses the desert dunes of prehistoric Moray, where quarry workers unearthed the footprints of Permian creatures from before the time of dinosaurs. In South Africa, she introduces us to animals, once called ‘mammal-like reptiles’, that gave scientists the first hints that our furry kin evolved from a lineage of egg-laying burrowers. In China, new, complete fossilised skeletons reveal mammals that were gliders, shovel-pawed Jurassic moles, and flat-tailed swimmers.

This book radically reframes the narrative of our mammalian ancestors and provides a counterpoint to the stereotypes of mighty dinosaur overlords and cowering little mammals. It turns out the earliest mammals weren’t just precursors, they were pioneers.

Smart, passionate and seditious * The New York Times Book Review * A pioneering study ... If you thought it all began with the extinction of the non-bird dinosaurs ... think again. * Nature * Under Ms. Panciroli's adroit tutelage, the Carboniferous and Permian (pre-dinosaur) periods are brought to life ... she regularly enlivens this surprisingly readable book with quick and often humorous observations. * The Wall Street Journal *

Dr Elsa Panciroli is a palaeontologist who studies the evolution and ecology of extinct animals. She is a researcher based at the University of Oxford and associate researcher at the National Museums of Scotland. Elsa is a keen science speaker and communicator. She has contributed to the Guardian and Biological Sciences Review, as well as to radio and podcast programmes such as Crowdscience, The John Beatty Show and Our Lives. 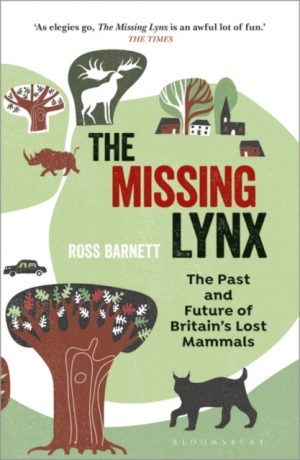 The Missing Lynx : The Past and Future of Britain’s Lost Mammals 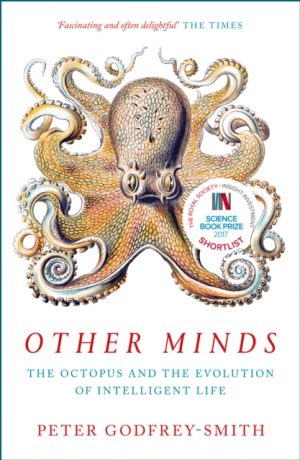 Other Minds: The Octopus and the Evolution of Intelligent Life