The aim of this research was to use the X-ray satellite Suzaku to establish a picture of a central engine that effectively converts the gravitational energy of accreting matter onto the supermassive black hole to a huge amount of radiation in an active galactic nucleus. Although the engine is known to consist of a Comptonizing corona and an accretion disk, its image has remained unclear because primary emissions, coming directly from the engine, cannot be identified in X-ray spectra without models. The book describes a technique of time variability assisted spectral decomposition to model-independently examine X-ray signals, and how this was applied to the Suzaku archive data of active galactic nuclei. As a result, at least three distinct primary X-ray components have been discovered in an X-ray from an active galactic nucleus, presumably indicating a novel picture that the engine is composed of multiple coronae with different physical properties in an accretion flow. Furthermore, the determination of the spectral shapes of the primary X-rays has a significant impact on estimations of black hole spins, because it is essential to quantify reprocessed X-ray spectra. The successful model-independent decomposition of X-ray spectral components with flux variations of active galactic nuclei is likely to be effective in future data analyses from the soon-to-be-launched Japanese X-ray satellite ASTRO-H, which is capable of achieving unprecedented fine spectros copy and broad energy band coverage.

Dr. Hirofumi Noda Department of Astronomy, The University of Tokyo 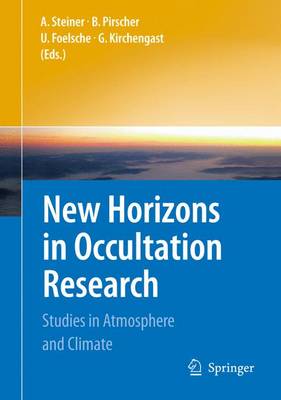 New Horizons in Occultation Research: Studies in Atmosphere and Climate 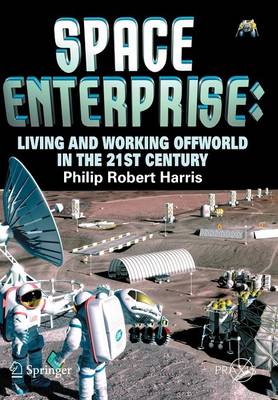 Space Enterprise: Living and Working Offworld in the 21st Century

£35.95
Usually dispatched within 6-10 days
We use cookies to ensure that we give you the best experience on our website. If you continue to use this site we will assume that you are happy with it.Ok