The “raison d’etre” of hierarchical dustering theory stems from one basic phe- nomenon: This is the notorious non-transitivity of similarity relations. In spite of the fact that very often two objects may be quite similar to a third without being that similar to each other, one still wants to dassify objects according to their similarity. This should be achieved by grouping them into a hierarchy of non-overlapping dusters such that any two objects in ~ne duster appear to be more related to each other than they are to objects outside this duster. In everyday life, as well as in essentially every field of scientific investigation, there is an urge to reduce complexity by recognizing and establishing reasonable das- sification schemes. Unfortunately, this is counterbalanced by the experience of seemingly unavoidable deadlocks caused by the existence of sequences of objects, each comparatively similar to the next, but the last rather different from the first.

Biochemistry and Molecular Biology of Plants 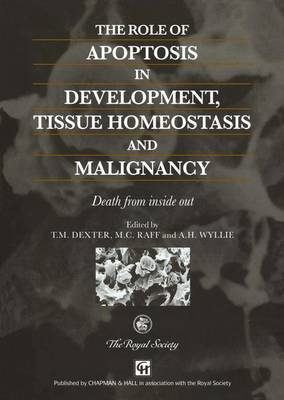 The Role of Apoptosis in Development, Tissue Homeostasis and Malignancy: Death from inside out

£50.00
Currently Unavailable
We use cookies to ensure that we give you the best experience on our website. If you continue to use this site we will assume that you are happy with it.Ok