The Toughest Gun Control Law in the Nation: The Unfulfilled Promise of New York’s SAFE Act

A comprehensive assessment of real gun reform legislation with recommendations for common sense gun control A month after the Sandy Hook Elementary School shooting, New York State passed, with record speed, the first and most comprehensive state post-Sandy Hook gun control law. In The Toughest Gun Control Law in the Nation, James B. Jacobs and Zoe Fuhr ask whether the 2013 SAFE Act -hailed by Governor Andrew Cuomo as “the nation’s toughest gun control law” – has lived up to its promise. Jacobs and Fuhr illuminate the gap between gun control on the books and gun control in action. They argue that, to be effective, gun controls must be capable of implementation and enforcement. This requires realistic design, administrative and enforcement capacity and commitment and ongoing political and fiscal support. They show that while the SAFE Act was good symbolic politics, most of its provisions were not effectively implemented or, if implemented, not enforced. Gun control in a society awash with guns poses an immense regulatory challenge. The Toughest Gun Control Law in the Nation takes a tough-minded look at the technological, administrative, fiscal and local political impediments to effectively keeping guns out of the hands of dangerous persons and eliminating some types of guns altogether.

This masterful, penetrating study of the nation's strongest gun control statute does what legal sociology aspires, but often fails, to accomplish: demonstrate the gap-here, a chasm-between the law on the books and the law in action, between policymaking and policy implementation. Anyone concerned with reducing gun violence needs to absorb and act upon its wisdom. -- Peter H. Schuck, author of One Nation Divided: Clear Thinking about Five Hard Issues That Divide Us The great lesson here is that in gun policy, as in other areas, good intentions are not enough. James B. Jacobs and Zoe Fuhr provide a thorough account of how New York State's SAFE Act, the 'toughest gun law in the nation,' has come up short in implementation and enforcement. This book serves as a well-informed guide to exploring the gap between aspiration and practice, and makes painfully clear that for advocates of gun violence prevention, enacting sensible regulations is just the first step. -- Philip J. Cook, co-author of The Gun Debate: What Everyone Needs to Know

James B. Jacobs, legal scholar and sociologist, is Warren E. Burger Professor of Law and Director, Center for Research in Crime and Justice, NYU School of Law. Among his books are Mobsters, Unions & Fed: The Mafia and the American Labor Movement, Gotham Unbound: How New York City Was Liberated from the Grip of Organized Crime, Busting the Mob: United States v. Cosa Nostra, and Corruption and Racketeering in the New York City Construction Industry, all published by NYU Press. Zoe Fuhr is a New Zealand-based criminal lawyer and a fellow at New York University's Center for Research in Crime & Justice. 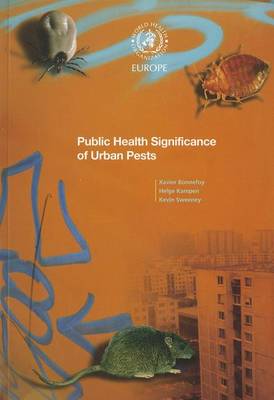 Law and the Health System

£253.00
Unavailable
We use cookies to ensure that we give you the best experience on our website. If you continue to use this site we will assume that you are happy with it.Ok