The Risk of Water Conflicts in Aotearoa-New Zealand: Emergence and Intensification

This book focuses on water disputes in New Zealand: a country where such conflicts are assumed to be non-existing. Rarely are water disputes examined in areas where water resources abound, and where the political framework that governs their access and use is strong. Environmental security literature has devoted a significant amount of attention to the nexus between resource abundance and conflict. Important research has assessed this relationship by focusing on non-renewable resource wealth as a causal determinant of conflict, but little is known about the conditions that influence the emergence and intensification of conflict in water abundant environments. By most accounts, New Zealand is one of the most water-rich countries in the world. Even though violent conflict over water does not normally materialize in New Zealand, conflicts and incompatible claims motivated by water bottling, the growth of some types of agriculture, tourism, and water treatment strategies, continue to surface. Little, however, is known about how and why these conflicts emerge and intensify in a country such as New Zealand. To address this lacuna, this project asks the following research question: How and why does the commercialization of freshwater influence the emergence and intensification of hydropolitical conflict in New Zealand? This study presents two central arguments. First, that the introduction of a commercial enterprise motivates the emergence of hydropolitical conflict intentionality if the enterprise is incompatible with the interests of local communities. And second, hydropolitical conflict risk intensifies in accordance with the level of trust that communities pose upon the approval and appeals process that supports a commercial operation. To test these arguments, this study examines the effects of water bottling and water chlorination on the towns of Ashburton (Canterbury) and Glenorchy (Otago), by employing a tripartite analysis comprised, first, of a conflict intentionality and engagement assessment, second, of a comparative case study analysis, and third, of a conflict intentionality classification. The data suggests that hydropolitical conflict risk is low when communities trust the approval and appeals process behind any given commercial operation. Water-based conflict risk however is likely to escalate when local communities lose trust in the above processes and the institutions that administer them.

Adan E. Suazo is a Senior Policy Analyst at the Department of Internal Affairs (New Zealand) and a Research Associate at the National Centre for Peace and Conflict Studies at the University of Otago (New Zealand). His research interests include the conditions that influence the emergence and intensification of subnational water disputes, and the development of stakeholder identification and engagement strategies to support environmental peacebuilding processes. His policy work has included strengthening drinking water regulations, scoping national strategies to improve stormwater management, and leading work to reconfigure local governance structures. He has previously held posts in New Zealand's Ministry for the Environment and has worked as an independent consultant on local water governance design and community engagement. As the founding Coordinator of the Loyola Sustainability Research Centre at Concordia University (Canada), he worked on sustainability and peacebuilding projects with the International Secretariat for the Convention on Biological Diversity, the United Nations Environmental Education and Training Unit, and Future Earth. 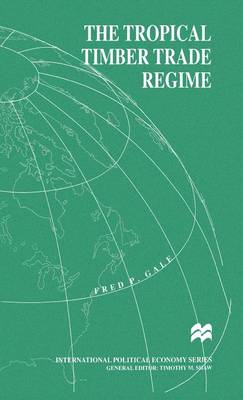 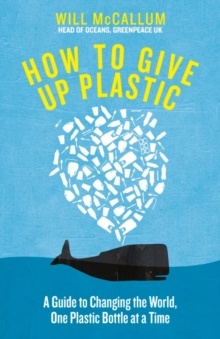 How to Give Up Plastic, A Guide to Changing the World, One plastic bottle at a time. 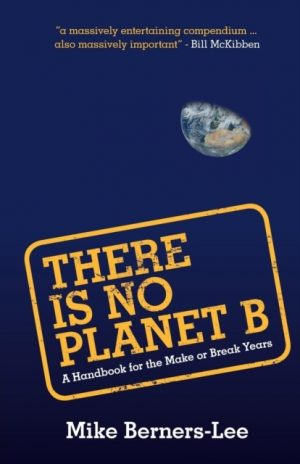 There Is No Planet B : A Handbook for the Make or Break Years

Roads and Nature Conservation: Guidance on Impacts, Mitigation and Enhancement

Strategy for the Sustainable Use of England’s Estuaries

Turning the Tide on Plastic: How Humanity (And You) Can Make Our Globe Clean Again