The Mushroom at the End of the World: On the Possibility of Life in Capitalist Ruins

Matsutake is the most valuable mushroom in the world–and a weed that grows in human-disturbed forests across the northern hemisphere. Through its ability to nurture trees, matsutake helps forests to grow in daunting places. It is also an edible delicacy in Japan, where it sometimes commands astronomical prices. In all its contradictions, matsutake offers insights into areas far beyond just mushrooms and addresses a crucial question: what manages to live in the ruins we have made?

A tale of diversity within our damaged landscapes, The Mushroom at the End of the World follows one of the strangest commodity chains of our times to explore the unexpected corners of capitalism. Here, we witness the varied and peculiar worlds of matsutake commerce: the worlds of Japanese gourmets, capitalist traders, Hmong jungle fighters, industrial forests, Yi Chinese goat herders, Finnish nature guides, and more. These companions also lead us into fungal ecologies and forest histories to better understand the promise of cohabitation in a time of massive human destruction. By investigating one of the world’s most sought-after fungi, The Mushroom at the End of the World presents an original examination into the relation between capitalist destruction and collaborative survival within multispecies landscapes, the prerequisite for continuing life on earth.

Winner of the 2016 Gregory Bateson Prize, The Society for Cultural Anthropology Winner of the 2016 Victor Turner Prize in Ethnographic Writing, Society for Humanistic Anthropology Finalist for the 2016 Northern California Book Awards in General Nonfiction, Northern California Book Reviewers One of Flavorwire's 10 Best Books by Academic Publishers in 2015 One of Kirkus Reviews Best Nonfiction Books of 2015 in Science One of Kirkus Reviews Best Nonfiction Books of 2015 in Business and Economics One of Times Higher Education's Best Books of 2015 "Unusually rewarding... Bursting with ideas and observations, Tsing's highly original ethnographic study follows this spicy smelling mushroom's global commodity chain... Consistently fascinating, [Tsing's] story of the picking and selling of this wild mushroom becomes a wonderful window on contemporary life."--Kirkus, starred review "Tsing weaves an adventurous tale... Her engrossing account of intersecting cultures and nature's resilience offers a fresh perspective on modernity and progress."--Publisher's Weekly "The Mushroom at the End of the Worldevolves into a well-researched and thought-provoking meditation on capitalism, resilience, and survival."--E. Ce Miller, Bustle.com "A beautiful, humble book ... [A]nthropology at its best."--Darwin Bond Graham, East Bay Express "This was a year of many of books about the Anthropocene--the name now frequently invoked to describe an era of incalculable human impact on geological and ecological conditions. Few of these books are as focused and useful as Tsing's, which follows the supply chain of the Matsutake, the most valuable mushroom in the world, through 'Japanese gourmets, capitalist traders, Hmong jungle fighters, industrial forests, Yi Chinese goat herders, Finnish nature guides, and more.' How else to negotiate the conditions--if there are any--for our survival?"--Jonathan Sturgeon, Flavorwire (One of Flavorwire's Ten Best Books by Academic Public of 2015) "A fascinating account of the biology, ecology, genetics and anthropology of the world's most valued mushroom."--Louise O. Fresco, Times Higher Education "The anthropologist Anna Tsing joins a range of scholars exploring the ongoing devastation of our environment and undoing the old binary of 'nature' and 'society'--in this case, taking the charismatic Matsutake mushroom as her protagonist, tracing its existence within ecosystems, markets, and cultures across the globe. I'm interested in this rather remarkable book, both in its empathetic meditations on 'companion species' and in its experimental mode of history writing."--James Graham, Metropolis "[Tsing] writes clearheaded prose with an ear for lyrical phrases... [The Mushroom at the End of the World] is a wonderful meditation on how humans shape and distort the natural landscape, and in return, are shaped and distorted by a wildness of their own making."--Casey Sanchez, Santa Fe New Mexican "Provocative... Beginning with an account of the matsutake mushroom, Tsing follows the threads of this organism to tease out an astonishing number of insights about life in the Anthropocene."--Year's Work in Critical and Cultural Theory "[An] extraordinary book."--Jim Igoe, American Anthropologist

Anna Lowenhaupt Tsing is professor of anthropology at the University of California, Santa Cruz, and a Niels Bohr Professor at Aarhus University in Denmark, where she codirects Aarhus University Research on the Anthropocene (AURA). She is the author of Friction and In the Realm of the Diamond Queen (both Princeton).

They Dared to Make a Difference: The Story of Three Generations of Women Behind Rachel’s Dairy 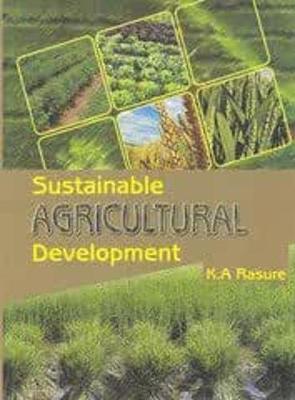 From Arrowheads to Irrigators: The History of Frilford and Collins Farm