This volume contains five articles describing the mission and its instruments. The first paper, by the project scientist Richard C. Elphic and his colleagues, describes the mission objectives, the launch vehicle, spacecraft and the mission itself. This is followed by a description of LADEE’s Neutral Mass Spectrometer by Paul Mahaffy and company. This paper describes the investigation that directly targets the lunar exosphere, which can also be explored optically in the ultraviolet. In the following article Anthony Colaprete describes LADEE’s Ultraviolet and Visible Spectrometer that operated from 230 nm to 810 nm scanning the atmosphere just above the surface. Not only is there atmosphere but there is also dust that putatively can be levitated above the surface, possibly by electric fields on the Moon’s surface. Mihaly Horanyi leads this investigation, called the Lunar Dust Experiment, aimed at understanding the purported observations of levitated dust. This experiment was also very successful, but in this case their discovery was not the electrostatic levitation of dust, but that the dust was raised by meteoroid impacts. This is not what had been expected but clearly is the explanation that best fits the data. Originally published in Space Science Reviews, Volume 185, Issue 1-4, 2014.

Professor C. T. Russell is a member of the faculties of both the Institute of Geophysics and Planetary Physics and the Department of Earth and Space Sciences. He is acting System-wide Director of IGPP. He is the head of the Space Physics Center in IGPP, UCLA and the Director of the UCLA Branch of the California Space Grant Consortium. He is the principal investigator on the POLAR mission; a co-investigator on the magnetometer team on the Cassini mission to Saturn; the ROMAP investigation on the Rosetta mission to comet Churyumov-Gerasimenko; the IMPACT investigation on the STEREO mission to study solar and solar wind disturbances; the THEMIS mission to study substorms; and the magnetometer investigation on the Venus Express mission to study the solar wind interaction with Venus. He is the principal investigator of the Dawn mission to the asteroids Vesta and Ceres. Dr. Richard Elphic is the Project Scientist for the LADEE mission at NASA Ames Research Center. He is the author or co-author of over 200 peer-reviewed scientific papers. He has been a member of the magnetometer teams for the International Sun-Earth Explorer, Pioneer Venus Orbiter, AMPTE-UKS mission, and the ESA Cluster mission. While at Los Alamos National Laboratory, Dr. Elphic was involved in several flight missions, including Lunar Prospector and Mars Odyssey. He is currently leading development of a neutron spectrometer instrument for NASA's Resource Prospector mission to land in the Moon's polar regions, now in Phase A. 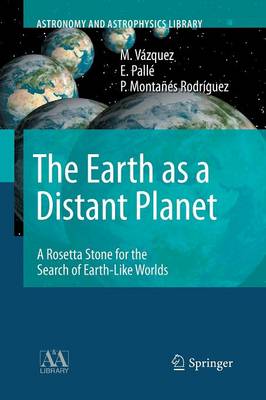 The Earth as a Distant Planet: A Rosetta Stone for the Search of Earth-Like Worlds

The Chang’E-1 Topographic Atlas of the Moon

Exploring the Ocean Worlds of Our Solar System

£1,087.00
Available for Pre-order. Due April 2025.
We use cookies to ensure that we give you the best experience on our website. If you continue to use this site we will assume that you are happy with it.Ok