The original 2006 English edition published by Harley Books is now out of print. It has been re-issued as a print on demand title by Brill Academic Publishers, as part of their Book archive project, scanning original hardcopies of older titles to which they have the rights.

We have a small number of these books which have been damaged in transit. The top front and rear corners have been creased (bumped) or very slightly chipped. Inside the books are in perfect condition.

The Liverworts, Mosses and Ferns of Europe is a revised and updated English version of Die Moos- und Farnpflanzen Europas (6th edition 1995). Taking the form of an extended key to just under 2,000 European species to be found within a large and varied geographical area extending from Iceland in the west to the Ural Mountains in the east and including the northern Macronesian Islands. The fern section has been further extended to include Georgia and the Caucasus, Turkey, Cyprus and the Cape Verde Islands. Compact hardback.

Mosses and other Bryophytes. An illustrated Glossary. 2nd edition. Moss: From Forest to Garden -A Guide to the Hidden World of Moss 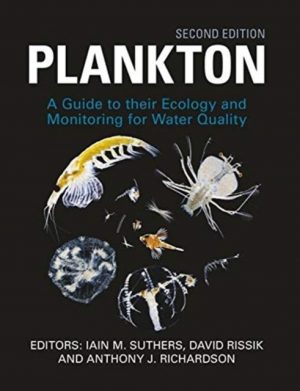 Plankton A Guide to Their Ecology and Monitoring for Water Quality. 2nd edition.