The History of the Barometer

For two centuries the barometer has been an indispensable laboratory instrument. Yet, despite its revolutionary influence on science, W. E. Knowles Middleton here offers the first complete history of the barometer as a scientific tool. Middleton relies on research from Western European documents and manuscripts of the seventeenth and eighteenth centuries. He begins his story with a pre-history of the barometer, the Torricellian experiment, the subsequent experiments and controversies in the 1640s, and the barometric experiments during the remainder of the century. Later chapters are concerned with the mercury barometer as a scientific instrument, discussing the efforts to expand the scale to render the instrument portable, and to attain greater accuracy. These chapters follow accounts of mercury barographs, the history of the corrections to the barometer, the history of the mercury barometer in North America, and the luminescence that appears when a barometer is moved in the dark. The final chapters discuss barometers other than those using the weight of a column of mercury. A large number of the more interesting barometers seen by the author in his extensive travels appears in the appendix. Nearly 200 figures and diagrams depict the wide variety of barometers studied by the author over his long career at the Smithsonian Institution.

The historical and technical evolution of the barometer during the three centuries since its invention is systematically and thoroughly documented... The author has furnished extremely valuable new data about many of the instrument makers... The more significant of the surviving barometric instruments are listed and described in a 20-page appendix, an extremely useful addition to a most impressive and valuable reference work for the historian of science and of technology alike. The book is clearly written and beautifully presented. It is thoroughly indexed and well illustrated throughout. Science This is an excellent book and an important one. It is recommended generally; in science collections it will become a standard work. Library Journal This unique treatise is indeed a milestone in meteorological literature and a model to be emulated by other specialists. Bulletin of the American Meteorological Society Dr. Knowles Middleton begins with the fascinating prehistory of this familiar instrument and gives in detail what is the best account of the seventeenth-century discoveries of vacuum and air pressure so far available in English. This well-written and well-produced book is of absorbing interest and takes its place as the standard work on its subject. Times Literary Supplement This is a book which should be found in any library covering either meteorology or general scientific instrumentation. Royal Meteorological Society Quarterly Journal The text is well documented from primary sources, and many of the illustrations are reproductions of original diagrams. The book is both instructive and delightful to read. American Journal of Physics

W. E. Knowles Middleton (1902-88) wrote 15 books and 75 to 100 scientific papers related to the science of weather instruments and meteorological optics as well as their history. His major contribution was the book Meteorological Instruments, first published in 1953. From 1929-46, he worked for the Meteorological Service of Canada, specializing in measurement and instrumentation. After retiring, he was a professor emeritus and honorary lecturer associated with the Department of History of Medicine and Science at the University of British Columbia.

The Effect of Climate Change on Bird Species in the UK

Through Sea and Sky: Oceanography and Meteorology 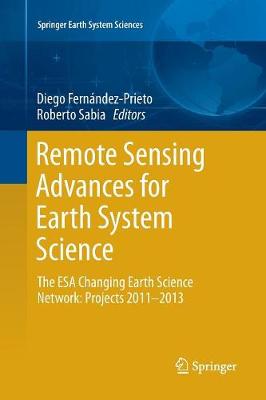 £109.95
Usually dispatched within 6-10 days
We use cookies to ensure that we give you the best experience on our website. If you continue to use this site we will assume that you are happy with it.Ok