The Common Fisheries Policy (CFP) is one of the longest established and more controversial of the common policies of the EC. It deals principally with the management of fishery resources, relations between the EC and third States in fisheries matters, the marketing of and trade in fishery products, financial assistance to the fisheries sector, and aquaculture. However, the CFP is not just a matter for those with an economic interest in fisheries. It also raises many issues of more general concern, such as the capacity of the EC and its Member States to manage important natural resources sustainably, the impact of fishing on the wider marine environment, and relations between developed and developing States. This book addresses the CFP from a legal perspective. It provides a detailed account of the very large body of EC law comprising the CFP, and draws on the European Commission’s associated documents to aid interpretation and add context. As a result, the book will be of value to anyone wanting knowledge of the law of the CFP. Although not addressing the Commission’s 2009 Green Paper on reform of the CFP, the book should provide a useful reference point against which to view the reform of parts of the CFP that is anticipated to take place over the next few years

The book has been written by two lawyers...they know their subject...it provides a useful reference point against which to judge proposed reforms and future performance. The book opens with a reminder of the origin and development of the CFP and its scope before getting into detailed discussion of specific aspects of its purpose and performance. This embraces a detailed account of the very large body of EC law that comprises the CFP and draws on the commission's associated documents to aid interpretation and context. It...will prove an invaluable aid to practising fishery lawyers, fishery managers, policy advisers and anyone engaged in the management of fisheries and the marine environment. * Dr. Stephen J. Lockwood, (marine fishery consultant), Fishing News, 12 March 2010 * Churchill and Owen's The EC Common Fisheries Policy represents a massive achievement in comprehensively and clearly cataloguing an area of law that is of almost legendary complexity...the depth of coverage is such that there will be few who will not learn something new from this work * William Howarth, Yearbook of European Law * The book is an authoritative account of the European Union's common fisheries policy (CFP) and an essential reference work...There is no better authority on regulation of EU fisheries * Jill Wakefield, Common Market Law Review * ...an essential guide for those wishing to penetrate and understand the bureaucracy surrounding the CFP...The writers have an authoritative style, the work is well referenced, and it confines itself to the law. I have already had cause to refer to the work in earnest on a number of occasions and each time I have been delighted by the modest but confident style of the writing and the impressive detail which supports each comment. At its heart it is a very generous piece of scholarship, which will greatly enhance the ongoing reform of the CFP. * Thomas P.S.Appleby *

Robin Churchill is Professor of International Law at the University of Dundee. Daniel Owen is a Barrister at Fenners Chambers, Cambridge, and specializes in marine and fisheries law. 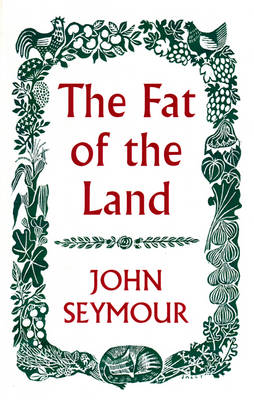 £19.95
Usually dispatched within 2-5 days
We use cookies to ensure that we give you the best experience on our website. If you continue to use this site we will assume that you are happy with it.Ok