In volume XVI of The Collected Letters of Antoni van Leeuwenhoek, 25 letters of Van Leeuwenhoek have been included, all of them written from July 1707 to June 1712. The letters were written to six distinct addressees. The larger part was addressed to the Royal Society in London in general (sixteen letters); and to three of its fellows in particular: John Chamberlayne (280, and 281), who translated the letters of Van Leeuwenhoek for the Royal Society, Hans Sloane (297), and James Petiver (287). Five letters were addressed to Anthonie Heinsius, Grand Pensionary of Holland, who was interested in Van Leeuwenhoek’s work until his death in 1720. The correspondence collected in this volume shows the lasting interest evinced by the Royal Society in Van Leeuwenhoek’s work. This would change in later years. None of the letters printed here were published in Leeuwenhoek’s own time, either in Dutch or in Latin. Fifteen letters to the Royal Society were more or less completely published in an English translation in the Society’s Philosophical Transactions. This was also done with two letters to Chamberlayne (280, and 281), and the letter to Petiver (287). The letters to Heinsius, Sloane, and Letter 285 have not been published earlier. Of all letters published here the Dutch texts are now for the first time available in a printed edition. Every volume in the series contains the texts in the original Dutch and an English translation. The great range of subjects studied by Van Leeuwenhoek is reflected in these letters: instruments to measure water; pulmonary diseases; experiments relating to the solution of gold and silver; salt crystals and grains of sand; botanical work, such as duckweed and germination of orange pips; descriptions on protozoa; blood; spermatozoa; and health and hygiene, for example and harmfulness of tea and coffee and the benefits of cleaning teeth. 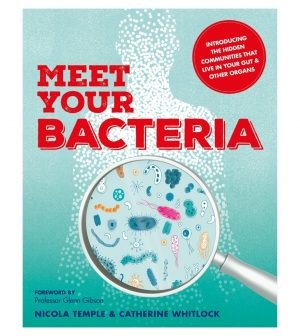 £9.95
Currently Unavailable
We use cookies to ensure that we give you the best experience on our website. If you continue to use this site we will assume that you are happy with it.Ok