The Botany of Beer: An Illustrated Guide to More Than 500 Plants Used in Brewing

From mass-produced lagers to craft-brewery IPAs, from beers made in Trappist monasteries according to traditional techniques to those created by innovative local brewers seeking to capture regional terroir, the world of beer boasts endless varieties. The diversity of beer does not only reflect the differences among the people and cultures who brew this beverage. It also testifies to the vast range of plants that help give different styles of beer their distinguishing flavor profiles.

The Botany of Beer is a comprehensive and beautifully illustrated compendium of the characteristics and properties of the plants used in making beer around the world. The botanical expert Giuseppe Caruso presents scientifically rigorous descriptions, accompanied by his own hand-drawn ink images, of more than 500 species. For each one, he gives the scientific classification, common names, and information about morphology, geographical distribution and habitat, and cultivation range. Caruso provides detailed information about each plant’s applications in beer making, including which of its parts are employed, as well as its chemical composition, its potential toxicity, and examples of beers and styles in which it is typically used. The book also considers historical uses, aiding brewers who seek to rediscover ancient and early modern concoctions.

This book will appeal to a wide audience, from beer aficionados to botany enthusiasts, providing valuable information for homebrewers and professional beer makers alike. It reveals how botanical knowledge can open new possibilities for today’s and tomorrow’s brewers.

Brewers like to talk about how beer makes connections. These are never stronger than when the ingredients used to make a batch come from a world we know. Giuseppe Caruso has created a voluminous guide to making this happen. Open it to any page and you'll think, "Yeah, I can make a beer with that. A connection, too." -- Stan Hieronymus, author of Brewing Local: American-Grown Beer Caruso's The Botany of Beer is masterfully researched, global in scope, and smartly organized. As a brewer passionate about making beer that's closely tied to nature, I found this book to be very practical, useful, and informative. It gets the creative juices flowing by opening my eyes to a world of possible flavor and aroma additions tied to nature. -- Jeffrey Stuffings, cofounder of Jester King Brewery Dr. Caruso's work is an essential collection that documents the vast life of plants in the creation of beer, beyond simply hops and grain. This isn't a how-to, per se; rather it is a vital record that shows precisely which plant parts can be (and have been) used in beer, chemical compounds of each that convey flavor and aroma, and both historical and contemporary instances of use in beer manufacturing. -- from the foreword by Marika Josephson, co-owner and brewer, Scratch Brewing Company An astoundingly useful book. * Non Stop Reader * An excellent reference for those with a serious interest in beer, botany, or both of the above. * The Introverted Yogi *

Giuseppe Caruso teaches forest botany at the Mediterranean University in Reggio Calabria and biology and agricultural biotechnology at the Istituto Tecnico Agrario "V. Emanuele II" in Catanzaro, Italy. He holds a doctorate in environmental and applied botany and researches the flora and vegetation of southern Italy, as well as habitat recovery and restoration processes. He is also a beer expert and taster. Marika Josephson is the James Beard Award-nominated co-owner and brewer at the Scratch Brewing Company in Ava, Illinois. She is a coauthor of The Homebrewer's Almanac: A Seasonal Guide to Making Your Own Beer from Scratch (2016). 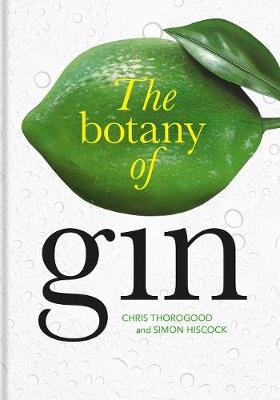 The Botany of Gin 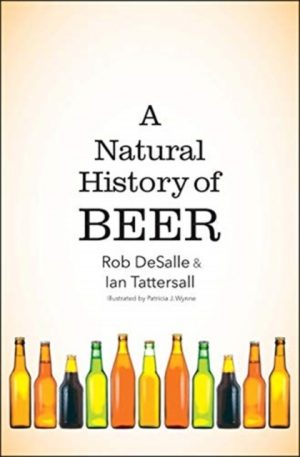