The Birds of County Cork

This is book is a history of the birds of County Cork from the earliest times to the present. It provides a comprehensive account of the ecology of all species known to have occurred in the county, with an emphasis on distribution, population change and migration. There has been no tradition in Ireland for the publication of county avifaunas, as has been the case in the UK for over 200 years; while this is not the first such book for Ireland, no previous publication treats each species in such depth.

This sets it apart as unique in an Irish context. The publication of this book is timely. Bird populations across Ireland are undergoing change at a rate never previously experienced.

On the one hand there are major conservation efforts to restore ‘lost’ species, such as the two eagle species and the Red Kite; on the other climate change is driving unprecedented declines in many bird populations while also allowing colonisation by new breeding species. The Birds of County Cork contains introductory chapters on the Cork environment, a history of ornithology and ornithologists within the county, an account of research and monitoring and a summary of recent changes in population status. However the bulk of the book is taken up with a Systematic List of the 427 bird species on the county list.

There are also several detailed appendices including a list of place names which will enable the reader to locate any place mentioned in the text. Maps show the main sites within the county, both coastal and inland, as well as geology and land use. The book is generously illustrated with graphs, tables, photographs and paintings.

This milestone publication will be an essential reference for students of ornithology, conservation agencies, planners, environmental consultants, farmers, industrialists and the growing band of citizen scientists at a time of considerable change

Patrick Smiddy is an honorary research associate with the Ornithology Group at University College Cork. He has published widely, having written several book chapters as well as a considerable number of scientific papers. A former member of the Irish Rare Birds Committee and editor of the journal Irish Birds, Patrick retired from the National Parks and Wildlife Service in 2008 but continued to work in wildlife consultancy. He has wide experience of Irish ornithology spanning 50 years. Mark Shorten has been birding since 1975. He has partaken in numerous ornithological surveys, former editor of the Cork Bird Report and has been the Cork County bird recorder since 1990. He is currently working as a bird surveyor. He started work on the Birds of County Cork in 1984. Russ Heselden has been an active birder for over forty years. He gained his PhD from University College, Cork and is a former editor of the Cork Bird Report. He currently works as a teacher in Norfolk, UK but has a parallel career as an artist and illustrator. 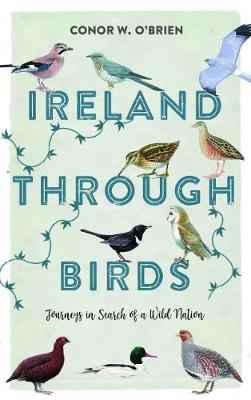 Ireland Through Birds: In Search of Ireland’s Most Elusive Birds 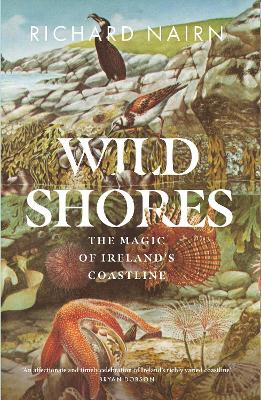