Storm Warning: The Origins of the Weather Forecast

Imagine a world without the weather forecast. Is it likely to be warm and sunny for the fete at the weekend? Will Thursday be a good day to make that ferry crossing, or would Friday be better? We might scorn it and deride it, but we still consult the men – and women – from the Met Office, rather than a piece of soggy seaweed, before deciding whether to set out with a brolly in the morning. More than one hundred and fifty years the best forecast available was the weather glass with its imprecise predictions of ‘Fair’ or ‘Changeable’. Before that, man consulted the animals in the fields, the birds in the sky, clouds, insects, the moon – even astrologers, oracles and the ancient gods. The tale of the emergence of forecasting from mythology, through the weather glass and into meteorology is a story fraught with conflict between scientists and seers. It involves the riding of storms; the scouring of the wide oceans in small sailing ships and soaring to the sky in balloons. This book traces the story of man’s attempts to foretell the coming weather, and shows how weather prediction emerged from the realms of the seer and charlatan into credible acceptability. Sales Points/Key Content include: new paperback edition; covers the pioneers of the weather forecast; 2004 is the 150th anniversary of the establishment of the Met office; 2004 is also the 50th anniversary of the first TV weather forecast; and foreward by Michael Fish.

Pauline Halford is a regular columnist and feature writer for Caravan magazine, and is a part-time computer systems administrator for the NHS. She has had a number of articles published in Family Tree, Record Buyer and other magazines, and has co-authored the autobiography of the singer Frank Ifield. 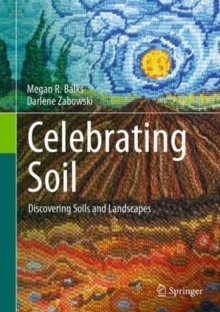