Reefs are an extraordinary natural phenomenon. Visible from outer space, coral reefs are the largest biologically constructed features known; in close proximity their spectacular beauty and abundance of life is dazzling. Reefs are estimated to occupy only a small percentage of the oceans, but their importance to the marine environment is many-faceted and global. Reefs create harbours and allow the development of shallow basins with associated mangrove or seargrass communities; they protect coastlines from erosion; reefs are involved in the regulation of atmospheric carbon, which in turn contributes to climate control; ancient reefs can provide extensive oil and gas reservoirs. From a biological standpoint, however, the great significance of reefs lies in their ability to generate and maintain a substantial proportion of tropical marine biodiversity. This text documents those biological innovations which have moulded the evolution of reef ecosystems and given rise to the highly complex communities found today. The appearance of clonality, the acquisition of photosymbiosis and the radiation of predator groups are all discussed in depth. Throughout the book, Rachel Wood uses data from the fossil record to document the evolutionary development of reef ecosystems. This interdisciplinary approach has the aim of providing an analytical text which will be of value not only to advanced undergraduates and postgraduate courses, but also to researchers in ancient reef ecology. Rachel Wood is Royal Society University Research Fellow, and Fellow, Gonville and Caius College, Cambridge

'...of value not only to advanced undergraduate and postgraduate course, but also to researchers in modern and ancient reef ecology.' Ethology Ecology and Evolution '...The historical emphassi of Reef Evolution will probably make it most attractive to biologically oriented geologists'TREE 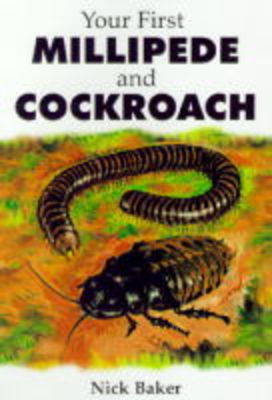 £19.95
Unavailable
We use cookies to ensure that we give you the best experience on our website. If you continue to use this site we will assume that you are happy with it.Ok