Pure Food: Securing the Federal Food and Drugs Act of 1906

“Pure food” became the rallying cry among a divergent group of campaigners who lobbied Congress for a law regulating foods and drugs. James Harvey Young reveals the complex and pluralistic nature not only of that crusade but also of the broader Progressive movement of which it was a significant strand. In the vivid style familiar to readers of his earlier works, The Toadstool Millionaires and The Medical Messiahs, Young sets the pure food movement in the context of changing technology and medical theory and describes pioneering laws to control imported drugs and domestic oleomargarine. He explains controversy within the pure food coalition, showing how farming and business groups sought competitive commercial advantage, while consumer advocates wished to promote commercial integrity and advance public health. The author focuses on how the public became increasingly fearful of hazards in adulterated foods and narcotic nostrums and how Congress finally achieved the compromises necessary to pass the Food and Drugs Act and the meat inspection law of 1906. Originally published in 1989. The Princeton Legacy Library uses the latest print-on-demand technology to again make available previously out-of-print books from the distinguished backlist of Princeton University Press. These editions preserve the original texts of these important books while presenting them in durable paperback and hardcover editions. The goal of the Princeton Legacy Library is to vastly increase access to the rich scholarly heritage found in the thousands of books published by Princeton University Press since its founding in 1905.

One of Choice's Outstanding Academic Titles for 1991

2009 Supplement to Public Health and Related Laws of North Carolina

U.S. Health Law and Policy 2001: A Guide to the Current Literature 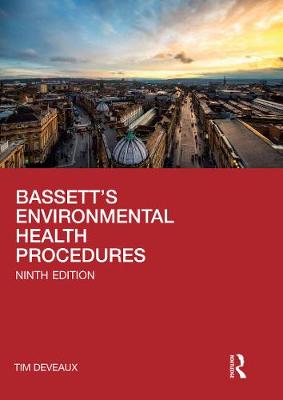 Electrical Safety and the Law: A Guide to Compliance

£54.95
Usually dispatched within 6-10 days
We use cookies to ensure that we give you the best experience on our website. If you continue to use this site we will assume that you are happy with it.Ok