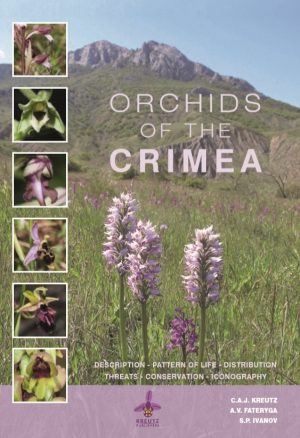 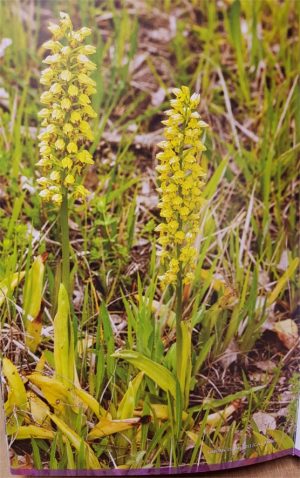 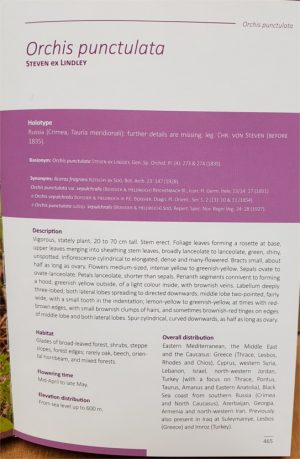 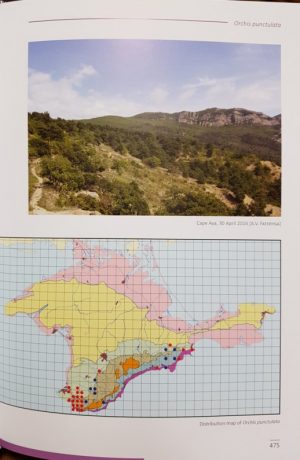 Orchids of the Crimea

The Crimean Peninsula is one of the most beautiful regions in Eastern Europe. Within a relatively small area (26,900 km2), the peninsula has diverse landscapes and a rich flora with more than 2,500 vascular plant species. The floristic richness has been of special interest to Russian and foreign naturalists for more than 230 years.

Many natural history books on Crimea have been published, most of them in Russian. However, this book is the first book to be entirely devoted to the orchids of the Crimean Peninsula. It covers all known 45 orchid species and 5 infraspecific taxa that occur there. The distribution for each taxon is shown on 5-km grid maps. The treatment of each species, subspecies, and variety includes a morphological description and information about its type and nomenclature, as well as information about its habitat, flowering time, geographical and altitudinal distribution in the Crimea and elsewhere, and pollinators. Where necessary, other important aspects, e.g. occurrence of hybrids and current threats, are given as well. All orchid taxa are illustrated with numerous colour photos. Photos of a few natural orchid hybrids, occurring in the Crimea, are also provided. The book also includes a general section, which describes the main aspects of the Crimean geography, history, vegetation and flora, as well as the conservation and botanical exploration of the Crimean orchids.

Authors
KAREL (C.A.J.) KREUTZ (born 1954) is affiliated at Naturalis Biodiversity Center, Leiden, the Netherlands. He is a Dutch professional orchidologist and taxonomist. He published many books and more than 200 scientific papers, predominantly about Orchidaceae, but also about the genus Orobanche. He is currently preparing a complete overview in ten volumes of all orchid species of Europe, North Africa and the Middle East with UTM 25-km grid distribution maps, using actual taxonomy, nomenclature with their typifications, and completed with modern research techniques
ALEXANDER V. FATERYGA (born in 1984) works at Vyazemsky Karadag Scientific Station – Nature Reserve of RAS in the Crimea. He is a professional entomologist and published more than 200 scientific papers, mainly on bionomics of solitary vespid wasps, but he studies the Crimean flora as well. His main interest in botany is wasp-pollinated plants, such as the genus Epipactis in Orchidaceae.
SERGEY P. IVANOV (born in 1947) works at Vernadskiy Crimean Federal University in the Crimea. His main research interest is in bionomics of solitary bees (mainly of the family Megachilidae), as well as their interactions with flowers. He published several hundred scientific papers including articles dedicated to pollination of more than half of the Crimean orchid species and their interactions with bees and other insects.