Manual de Plantas de Costa Rica is a concise, illustrated guide to all of the species of native, naturalized and commercially cultivated vascular plants of this Central American country, which lies between Nicaragua and Panama and is thus centered in isthmian Central America—a biogeographical funnel between South and North America, densely rich in species and geological history. The Manual is the first comprehensive Spanish-language account of the Costa Rican flora.

Asteraceae, with 418 species, is the largest family in this part of Volume IV, and the sixth largest in the flora. It includes almost the entire range of growth forms, but most are herbaceous or shrubby. The next two largest families in this part are Apocynaceae, with 150 species, and Acanthaceae, with 137 species; the first is also comprised of many growth forms, the second almost entirely of subshrubs and herbs, and both provide numerous ornamental species. These three families account for over 70% of the total number of species in this part of the volume. This identification manual includes brief formal descriptions and informal notes about each of a total of 15 families, 324 genera, and 980 species. Keys to all the genera and species are also included. The treatments are illustrated with 344 line drawings, 15 black-and-white photographs, and eight pages of color plates. 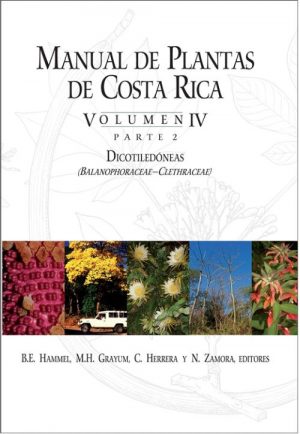 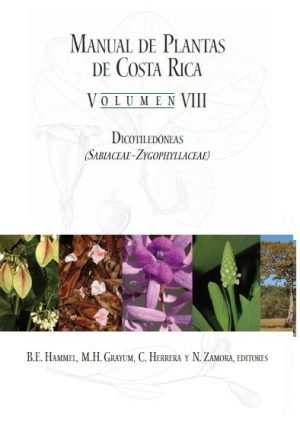 £129.00
Usually dispatched within 6-10 days
We use cookies to ensure that we give you the best experience on our website. If you continue to use this site we will assume that you are happy with it.Ok