Lichens: An Illustrated Guide to the British and Irish Species. 6th edition

Please note: This edition is nearing the end of stock. The books may have minor marks or bumps to board edges or spine, otherwise in pristine condition. This is reflected in the price.

A popular book, widely used by beginner and expert alike and generally accepted as the most useful guide to identifying British and Irish species of lichens. In addition, because of its references to air pollution tolerance and distribution, it offers the environmentalist and ecologist a concise work of reference, compact enough to be used in the field.

The sixth edition has been revised to conform with the nomenclature of The Lichens of Great Britain and Ireland; Smith C.W. et al. (2009) and more recent changes. It includes a number of species that do not appear in that flora and the vast majority of entries have been updated or corrected in some way. Over 160 additional species have been added so that this edition now includes more than 1,000 species. It provides a description of most of the species likely to be found in Great Britain and Ireland, those excluded being very rare or very local.

Entries usually consist of a description of each species, notes on habitat, the results of the simple spot tests as well as notes on distribution with a map giving 3 date separations including when it was most recently recorded.

A particular feature of this book is the large number of photographs, with most species illustrated in full colour. These are supplemented by numerous line drawings of microscopic and other diagnostic features. There are frequent suggestions to assist in separating species that appear similar but could otherwise cause confusion.

The popular generic ‘lateral key’ has been retained in an enlarged form including a much extended sterile section. A generic synopsis is included to assist the more experienced lichenologist.

Each genus has a key or table to the species contained in this book. Where there may be confusion, these keys often include similar species from other genera. Where genera are closely related a ‘group’ key is frequently supplied. 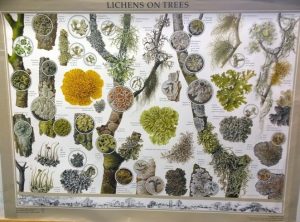 Survival Strategies of the Algae

£17.50
Currently Unavailable
We use cookies to ensure that we give you the best experience on our website. If you continue to use this site we will assume that you are happy with it.Ok