This book studies the history and gives an analysis of extreme climate change on Earth. In order to provide a long-term perspective, the first chapter briefly reviews some of the wild gyrations that occurred in the Earth’s climate hundreds of millions of years ago: snowball Earth and hothouse Earth. Coming closer to modern times, the effects of continental drift, particularly the closing of the Isthmus of Panama are believed to have contributed to the advent of ice ages in the past three million years. This first chapter sets the stage for a discussion of ice ages in the geological recent past (i.e. within the last three million years, with an emphasis on the last few hundred thousand years). The second chapter discusses geological evidence for ice ages – how geologists surmised their existence prior to actual subsurface data that proved the theory.The following two chapters look at ice cores (primarily from Greenland and Antarctica). Chapter 3 discusses how ice core data is processed and Chapter 4 summarizes data obtained from ice cores. Chapter 5 discusses the processing of data obtained from ocean sediments, and summarizes the results, while the following chapter discusses data from other sources, such as “Devil’s Cave.” Chapter 7 summarizes the experimental results from Chapters 4, 5, and 6. It provides the foundation for comparison with theories in later chapters. In a perfect world, this data would be totally separate and disconnected from theory.Unfortunately, as the author shows, dating of much of the data was accomplished by ‘tuning’ to the astronomical theory, which introduces circular reasoning. Chapter 8 provides a brief overview of the various theories that have been devised to ‘explain’ the patterns of alternating ice ages and interglacials that have occurred over the past three million years. This serves as an introduction to the following three chapters which presents the astronomical theory in its various manifestations, compare the astronomical theory with data, and then compare other theories with data. Finally, Chapter 12 summarizes what we think we know about ice ages and, more importantly, what we don’t know.

From the reviews: "In an extensive, detailed review of research, Rapp evaluates theories, models, data and their sources, methodologies, and assumptions relative to the prevailing astronomical theory. ... His concerns ... remind readers that the scientific method and neutral, objective analyses must not be abandoned in the search for understanding how the Earth's climate is changing. Summing Up: Recommended. Upper-division undergraduate through professional collections." (L. S. Zipp, Choice, Vol. 47 (4), December, 2009) 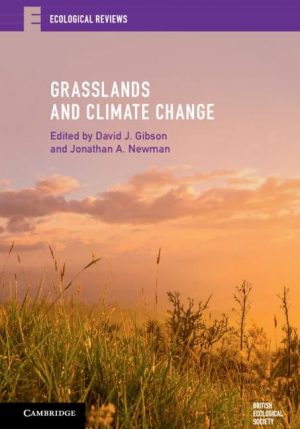