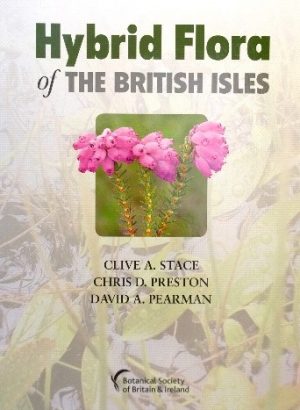 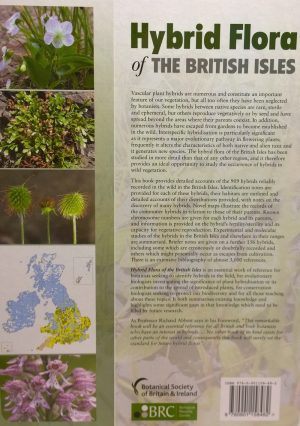 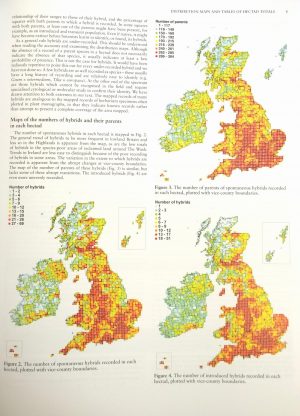 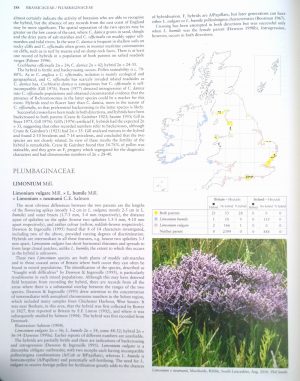 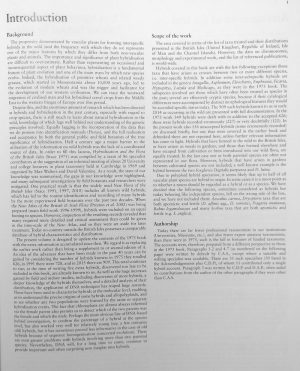 Hybrid Flora of the British Isles

Vascular plant hybrids are numerous and constitute an important feature of our vegetation, but all too often they have been neglected by botanists. Some hybrids between native species are rare, sterile and ephemeral, but others reproduce vegetatively or by seed and have spread beyond the areas where their parents coexist. In addition, numerous hybrids have escaped from gardens to become established in the wild. Interspecific hybridisation is particularly significant as it represents a major evolutionary pathway in flowering plants; frequently it alters the characteristics of both native and alien taxa and it generates new species. The hybrid flora of the British Isles has been studied in more detail than that of any other region, and it therefore provides an ideal opportunity to study the occurrence of hybrids in wild vegetation.

Hybrid Flora of the British Isles provides detailed accounts of the 909 hybrids reliably recorded in the wild in the British Isles. Of particular interest to BSBI members are the comprehensive identification notes, including a summary of the differences from the parents, enabling naming and recording of hybrids to a degree not attainable previously. The habitats of the hybrids are outlined and detailed accounts of their distributions provided, with notes on the discovery of many hybrids. There are 388 novel maps illustrating the records of the commoner hybrids in relation to those of their parents. Known chromosome numbers are given for each hybrid and its parents, and information is provided on the hybrid’s fertility/sterility and its capacity for vegetative reproduction. Experimental and molecular studies of the hybrids in the British Isles and elsewhere in their ranges are summarised. Briefer notes are given on a further 156 hybrids, including some which are erroneously or doubtfully recorded and others which might potentially occur as escapes from cultivation. There is an extensive bibliography of almost 3,000 references.

Hybrid Flora of the British Isles will be of huge value to all botanists who identify hybrids in the field and record the distribution of plants growing in the wild across Britain and Ireland. Evolutionary biologists investigating the significance of plant hybridisation or its contribution to the spread of introduced plants, and conservation biologists seeking to protect our biodiversity, will also find this book of great value.

As Professor Richard Abbott says in his Foreword, “This remarkable book will be an essential reference for all British and Irish botanists who have an interest in hybrids. .. No other book of its kind exists for other parts of the world and consequently this book will surely set the standard for future hybrid floras”.