Ginkgo – The Tree That Time Forgot

Today the ginkgo tree is admired for the its distinctive leaves, although the fruit and other products are also of value. Living specimens are also noted for their longevity. Remarkably, the species has been extant for more than two hundred million years. A living link to the age of dinosaurs, it survived the great ice ages as a relic in China, but it earned its reprieve when people first found it useful about a thousand years ago. Inspired by the historic ginkgo that has thrived in London’s Kew Gardens since the 1760s, botanist Peter Crane explores the evolutionary history of the species from its origin through its proliferation, drastic decline, and ultimate resurgence. Crane also highlights the cultural and social significance of the ginkgo: its medicinal and nutritional uses, its power as a source of artistic and religious inspiration, and its importance as one of the world’s most popular street trees.

"This intelligent, literate history is so enticing it will leave you greedy for more."-Dominique Browning, New York Times Book Review "You might think you'd have to be a scholarly sort of tree hugger to wrap your mind around GINKGO: The Tree That Time Forgot, by Peter Crane, but this intelligent, literate history is so enticing it will leave you greedy for more."-Dominique Browning, New York Times Book Review "It's a personable story, as Crane examines the fossil record seeking to trace the plant's evolution and the tree's cultural impact."-The Chicago Tribune "Ginkgo cranei, an extinct species of the family, is named after the author who lived beside the UK's oldest Ginkgo while he was director of Kew Gardens. This qualification is dwarfed by the depth of Crane's knowledge and the sparkle of his prose. He also reminds us why conservation matters: 'Letting species go extinct when we have the power to intervene is like letting a library burn just when we are learning how to read.'"-Jane Owen, The Financial Times "This biography of the ginkgo tree offers a potent mix of science, history, and culture, exploring how plants have changed our lives and our planet. And Peter Crane . . . is the perfect person to tell the tale. . . . With its meticulous footnotes, satisfying referencing and gripping narrative, I can see this becoming a commuter's favorite for scientists and general readers alike. . . . Ginkgo will inspire you to know and care for the organisms with which we share this planet in a new way."-Sandra Knapp, Nature "Peter Crane guides us through every aspect of the tree's provenance, at the same time using it to weave an enthralling tale of people, history, evolution and conservation. He leaves no stone unturned in his quest to present the story of this remarkable tree . . . Those who read this book are likely to look upon the ginkgo tree with a sense of enchantment . . ."-Dr Graham Godfrey, The Biologist "[T]he appeal of a life form that saw the dinosaurs come and go prevails and makes this book a fascinating . . . read."-Michael Gross, Chemistry & Industry "Ginkgo trees were growing when the dinosaurs were alive and they still grow now - that is the wonder underpinning Peter Crane's remarkable book Ginkgo . . . Just as comfortable with mentioning Goethe or Mozart as he is with Linnaeus, he comes across as humane, lively, engaging. And he writes well, turning what could have been a heavy read into a pleasure."-Ruth Pavey, Wood & Vale "Ginkgo is a rare work about a tree unlike any other. Written by Peter Crane, a paleobotanist and former head of the UK's Royal Botanic Gardens in Kew, his passion for the subject makes you want to go out and hug a ginkgo."-New Scientist "This is a most useful and interesting publication, produced to the usual high standards of Yale University Press. Although obviously aimed at a broad readership, it is an authoritative scientific work. . . . Clearly Peter Crane much enjoyed escaping the confines of conventional scientific publishing to write the book, and his enthusiasm shows."-John Akeroyd, BSBI Journal A Best Science Book of 2013, New Scientist Shortlisted for the 2014 Phi Beta Kappa Award in Science "This engaging book uses Ginkgo as a point of departure to examine a wide range of topics-the history of botanical exploration in China and Japan, as well as plant anatomy, physiology, evolution, extinction, and conservation. . . . It is both scholarly and accessible."-Scott Wing, Smithsonian Institution "Ginkgo takes a place among the best books on plants that I have had the pleasure of reading. It provides an extremely interesting account of a remarkable plant through space, time, and culture."-Peter H. Raven, President Emeritus, Missouri Botanical Garden "My favorite Ginkgo is the iconic 'over my dead body' in Hibiya Park in Tokyo. Peter Crane's book will enchant both experts and newcomers to these splendid plants."-Robert M May, University of Oxford "Peter Crane provides a compelling and definitive portrait of the Tree That Time Forgot: its ancient lineage, its natural history, and history interwoven with people . . . an eye-opening page turner about the Ginkgo in particular and trees in general. A triumph of beautifully written scholarship."-Thomas E. Lovejoy, University Professor of Environmental Science and Policy, George Mason University "A remarkable book about a remarkable tree that came through from the age of the dinosaurs in one corner of China, and has now repopulated parks and gardens all over the world. An important biography of the ultimate survivor."-Richard Fortey, author of Horseshoe Crabs & Velvet Worms 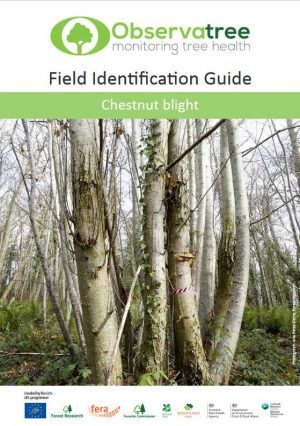