Defending Giants: The Redwood Wars and the Transformation of American Environmental Politics

Giant redwoods are American icons, paragons of grandeur, exceptionalism, and endurance. They are also symbols of conflict and negotiation, remnants of environmental battles over the limits of industrialization, profiteering, and globalization. Since the middle of the nineteenth century, logging operations have eaten away at the redwood forest, particularly areas covered by ancient giant redwoods. Today, such trees occupy a mere 120,000 acres. Their existence is testimony to the efforts of activists to rescue some of these giants from destruction. Very few conservation battles have endured longer or with more violence than on the North Coast of California, behind what locals call the Redwood Curtain. Defending Giants explores the long history of the Redwood Wars, focusing on the ways rural Americans fought for control over both North Coast society and its forests. Activists defended these trees not only because the redwood forest had dwindled in size, but also because, by the late twentieth century, the local economy was increasingly dominated by multinational corporations. The resulting conflict-the Redwood Wars-pitted workers and environmental activists against the rising tide of globalization and industrial logging in a complex war over endangered species, sustainable forestry, and, of course, the fate of the last ancient redwoods. Activists perched in trees and filed lawsuits, while the timber industry, led by Pacific Lumber, fought the lawsuits and used their power to halt reform efforts. Ultimately, the Clinton administration sidestepped Congress and the courts to negotiate an innovative compromise. In the process, the Redwood Wars transformed American environmental politics by shifting the balance of power away from Congress and into the hands of the executive branch.

Darren Speece's important new book on the battles to save the northern California redwoods in the 1980s and 1990s is a significant contribution to our understanding of environmentalism. . . . It is also the finest book written on the history of American environmentalism in the last five years. . . . Speece paints a complex picture of a grassroots movement with a useful attention to both detail and clear writing that should spawn conversations among both historians and activist communities on the lessons to be learned from the redwoods. . . . Defending Giants is an outstanding contribution to the historiography of environmentalism. -- Erik Loomis * H-Environment * This book explores-beautifully-an irony in modern American political protest that has to do with the settings and sites of grassroots protest against modern industrialization, globalization and de-skilling. * Nature Plants * Eloquent, inspiring, eminently readable nonfiction with precious lessons for those fighting the ever-greater environmental destruction wrought by corporate greed. . . . A tale fully relevant to here and now. -- Robert James Parsons * Truthout * [Speece's book] is an important case study, soberly presented, that reflects thegrowing tensions. . . [and] delivers an important message to conservationists worldwide. * Conservation Biology * Speece's work on this local battle is an excellent contribution to the larger historiography of the environmental movement. -- James G. Lewis * Western Historical Quarterly * [A] wonderfully written, extremely engaging story. Speece continually pushes his history in a variety of important directions. It is these broader connections, linking ecologies and economies, locals, lawyers, and loggers, and a relatively small forest in northern California to the nation's capital in Washington, D.C., that make Defending Giants an important book. -- Neil M. Maher * American Historical Review * A reminder of the power of the traditional approaches to historical research. . . . Books like Defending Giants remind the reader of the insight to be gained by focusing on specific historical actors. Indeed, environmental history is, at its heart, the interactions among people and nature, as this dramatic account of environmental politics reminds us. * Environmental Values * Speece's book is well argued, and he navigates a diverse body of sources with a skilled hand. . . . Apt and insightful, he tackles head-on the complexity of the Redwood Wars while making a strong case for their enduring significance. -- Daniel Rinn * Environment and History *

Darren Frederick Speece is a history teacher and assistant dean of students at Sidwell Friends School.

Deer and Deer Parks of Lincolnshire 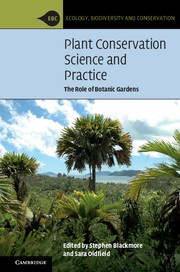