Available for Pre-order. Due November 2022.

This work focuses on the potential impact of climate change on soil erosion in a monsoon-dominated sub-tropical region. Water induced soil erosion due to extreme rainfall during the monsoon period is one of the major problems that have a global impact due to the different environmental and socio-economic perspectives. This study region is one of the fertile agricultural belts that produces a good amount of production and contributes to the GDP of the country. However, the rate of agricultural production has decreased rapidly in recent times due to a decline in soil fertility. Water-induced soil erosion in the tropical and sub-tropical regions is one of the major problems of global importance in terms of the loss of fertile land and its conversion to barren and unproductive land. The monsoon-dominated sub-tropical region has unique characteristics in terms of seasonal temperature fluctuations and the availability of precipitation events. The monsoon period is associated with a higher concentration of precipitation event, which has both a direct and an indirect impact on soil loss. Short-term soil erosion and its consequences cannot be properly identified, but the long-term impact of soil erosion is clearly visible. From the records, we can say that soil erosion can destroy the entire civilization and its associated livelihoods. The sub-tropical region is highly populated and the majority of the population is dependent on rain fed agricultural production systems, which means that the amount of production is declining on a daily basis. However, the region was faced with severe soil erosion and, as a result of this situation, the amount of agricultural production is declining daily. Many researchers in a wide range of disciplines are trying to quantify the amount of soil erosion and its spatial differences. In India, 3,975 million hectares of land are destroyed annually by soil erosion. Numerous researches reveal that the rapidly increasing trend of land degradation in this region is due to soil erosion. Soil erosion cannot be replaced by a homeostatic mechanism and a gap between soil erosion and proliferating regolith formation. The soil erosion of a specific area not only reduces agricultural productivity but also causes so many environmental problems, such as the deterioration of land and its associated natural resources, to change the status of living. Soil erosion of any region is not only associated with land degradation but also responsible for deteriorating the quality of water and its relevant ecological damages. Extreme change of the land use and land cover, recent tendency of population growth and traditional agricultural practices with lacking any support and management practices can accelerate the rate of soil erosion and its associated reservoir sedimentation in most of the countries of the tropical and sub-tropical environment. In tropical and sub-tropical regions, soil erosion accelerated by extreme precipitation as a result of climate change is the primary focus. Assessment of soil erosion-prone areas in this region should be helpful of sustainable land management practices where the soil erosion is a common issue, and it is an acute problem that prevents the sustainable land use practices. Quantitative information with maximum possible accuracy through validation regarding the soil loss can be taken as an essential part in the appropriate and sustainable universal soil and water conservation planning. So estimation of soil erosion susceptible areas in this area is very crucial because this river basin is unique in terms of the association of flash flood, monsoonal flood and tidal effect. Soil erosion susceptibility mapping through GIS algorithm and probability statistics is one of the precise aspects of modern day’s management strategies. The application of empirical model confirms most of the studies regarding the soil erosion or selecting the soil erosion causal factors with the help of multivariate analysis. The main objectives of this work is to propose the most suitable development strategies with considering the amount of soil erosion for the present time as well as future period. For this purpose the pedo-geomorphic as well as hydro-geomorphic characteristics in the several forms of erosion has been estimated. Different empirical and semi-empirical models are considered with the rising tendency of future rainfall scenario for estimating the most vulnerable areas in this region. Apart from this the extensive field visit has been done for identifying the support practice factor that is adopted by the local stakeholders in this region.

Palaeoclimatology and Palaeoceanography from Laminated Sediments

One Hundred Years of Reading Weather 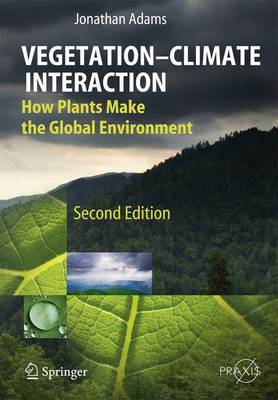 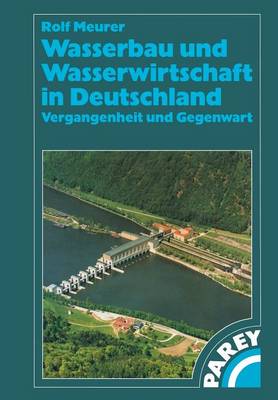 The Weather Companion: An Album of Meteorological History, Science, and Folklore

Temperature, Salinity and Density of the Surface Waters of the Atlantic Ocean