The present volume in fact marks the completion of a project started as early as 1986. At that time, the Kew herbarium, in collaboration with orchid enthusiasts in Sabah and elsewhere, started the ‘Orchids of Borneo’ initiative, a project to comprehensively describe and illustrate the local orchid flora. The idea was to publish a series of volumes, each including 100 species, selected on a found- first, published-first basis.
Bulbophyllum, with approximately 2 000 species, is the second largest genus of flowering plants, and the largest genus of orchids. Bulbophyllum species have long been admired for their astonishingly diverse flowers, which are often fantastical or even bizarre. Although they are not as widely cultivated as Dendrobium or Phalaenopsis, they have always held a cult status amongst orchid growers, attracting enthusiasts who specialize in their cultivation. In recent years, their popularity has increased dramatically, and a new industry has emerged, producing hybrid Bulbophyllums for a broader range of non-specialist orchid growers.

Bulbophyllum is a pantropical genus, with representatives in Asia, Africa, and the Americas. Approximately 1 600 species are found in Asia, where New Guinea is the most important centre, with about 700 species, most of which are endemic.

Borneo, the third largest island in the world, forms a significant secondary centre of distribution, with 288 known Bulbophyllum species and subspecies, 152 of which are found nowhere else. Most of Borneo is (or was) covered in lowland rainforest, with few high mountain ranges. Until recently (on a geological time-scale) Borneo was connected to Java, Sumatra, and Peninsular Malaysia. Consequently, the Borneo lowland Bulbophyllum flora has a lot in common with these neighbouring territories. The picture changes as you go uphill; there is less overlap and a greater proportion of endemics, until you reach Mount Kinabalu (4 095 m), a botanic hotspot with a very high number of endemic plants, 13 of which are Bulbophyllum species.

This account of the Bulbophyllum of Borneo is as complete as the authors could make it. There are descriptions of all 288 known Bulbophyllum species and subspecies, of which 18 species and 3 subspecies are described here for the first time. 284 of these species and subspecies are illustrated by line drawings, photographs, or both. The clear, precise line drawings (most of them occupying a full page) will be invaluable to anyone interested in Bulbophyllum species. The photographs were selected from the work of 29 photographers (many of them well known for their orchid photos) who opened their collections to the authors. However, it is a truism that no book of this nature can ever complete; amongst these photographs were pictures of 5 unknown Borneo Bulbophyllum species that cannot be described due to lack of a specimen. Books of this nature, which bring together between one set of covers 100–150 years of botanists’ work, often stimulate new discoveries because it suddenly becomes possible to look at a specimen and say “this one isn’t in there”. We are confident that Bulbophyllum of Borneo will trigger a flurry of new Bulbophyllum discoveries.

With such a large number of species, subdividing Bulbophyllum into workable sections has long been a contentious issue, based mostly on the opinions of the botanists involved. The application of DNA technology has hopefully put an end to this, but creating DNA-based sections that also allows the use of morphological characters to determine the correct section remains a work in progress. The sections used in Bulbophyllum of Borneo follow a combined DNA/morphology-based system proposed by the first author, who intends to publish, in the near future, another book that explains the system. 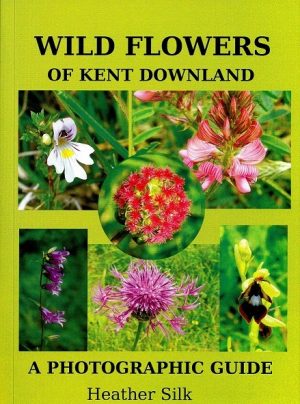