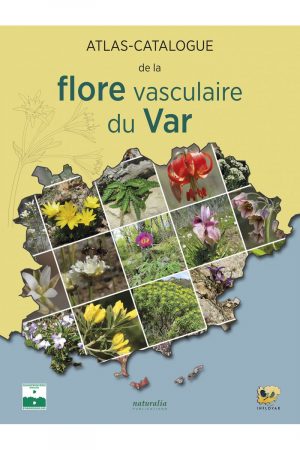 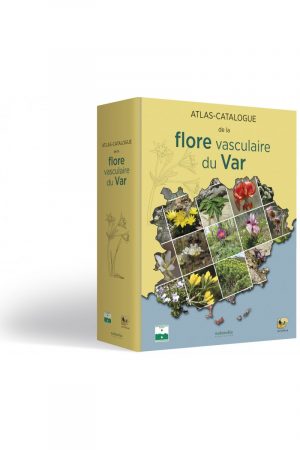 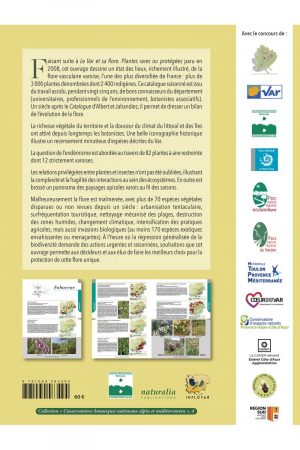 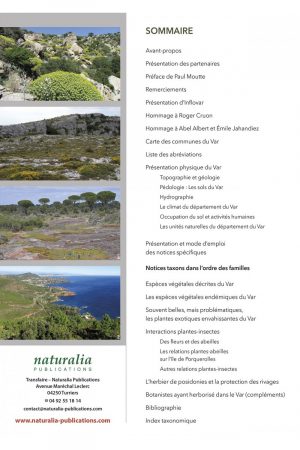 Atlas-catalogue de la flore vasculaire du Var – Conservatoires botaniques nationaux alpin et méditerranéen (vol. 4), provides a richly illustrated inventory of the vascular flora of the Var department. The Var department is situated in the Provence-Alpes-Côte d’Azur region of south-eastern France and has one of the most diverse floras in France, with more than 3,000 species, of which 2,400 are indigenous. The floristic richness of the region, the mild coastal climate and the islands have long attracted botanists. This work is the culmination of twenty-five years recording in the Var department and follows up the companion work, Le Var et sa flore, plantes rares ou protégées published in 2008.  This new publication provides valuable insights into the evolution of the flora over the last 100 years or so since the publication in 1908 of the Catalogue des plantes vasculaires qui croissent naturellement dans le département du Var by Albert and Jahandiez. More than 70 species have been lost or not seen over this period and at least 170 invasive or alien species recorded.

Introductory chapters include physical characteristics of the region. 2700 taxa are covered and species descriptions are accompanied by colour photographs and distibution maps and are organised by family. Further topics covered include endemism, insect-plant interactions, beekeeping, habitat loss and conservation.

£28.50
Usually dispatched within 4-7 days
Recently Viewed Products
We use cookies to ensure that we give you the best experience on our website. If you continue to use this site we will assume that you are happy with it.Ok