The Nobel Prize of 1986 on Sc- ningTunnelingMicroscopysignaled a new era in imaging. The sc- ning probes emerged as a new – strument for imaging with a p- cision suf?cient to delineate single atoms. At ?rst there were two – the Scanning Tunneling Microscope, or STM, and the Atomic Force Mic- scope, or AFM. The STM relies on electrons tunneling between tip and sample whereas the AFM depends on the force acting on the tip when it was placed near the sample. These were quickly followed by the M- netic Force Microscope, MFM, and the Electrostatic Force Microscope, EFM. The MFM will image a single magnetic bit with features as small as 10nm. With the EFM one can monitor the charge of a single electron. Prof. Paul Hansma at Santa Barbara opened the door even wider when he was able to image biological objects in aqueous environments. At this point the sluice gates were opened and a multitude of different instruments appeared. There are signi?cant differences between the Scanning Probe Microscopes or SPM, and others such as the Scanning Electron Microscope or SEM. The probe microscopes do not require preparation of the sample and they operate in ambient atmosphere, whereas, the SEM must operate in a vacuum environment and the sample must be cross-sectioned to expose the proper surface. However, the SEM can record 3D image and movies, features that are not available with the scanning probes.

From the reviews: "The editors have done a good job in making the various chapters quite readable and most of the chapters are well written on a level that will be accessible to most readers. ... As is usually the case with Springer books, these volumes have been beautifully printed, illustrated, and nicely bound for long term durability." (Gary J. Long & Fernande Grandjean, Physicalia Magazine, Vol. 29 (4), 2007)

An Introduction to Digital Photomicrography 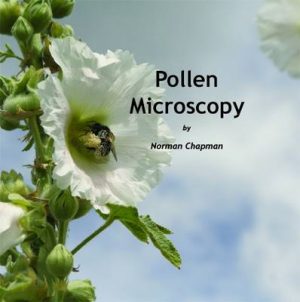 £90.00
Unavailable
We use cookies to ensure that we give you the best experience on our website. If you continue to use this site we will assume that you are happy with it.Ok