In 2016, scientist Rosaly Lopes and artist Michael Carroll teamed up as fellows of the National Science Foundation to travel to Mount Erebus, the world’s southernmost active volcano in Antarctica. The logistics of getting there and complex operations of Antarctica’s McMurdo Station echo the kinds of strategies that future explorers will undertake as they set up settlements on Mars and beyond. This exciting popular-level book explores the arduous environment of Antarctica and how it is similar to other icy worlds in the Solar System. The bulk of this story delves into Antarctica’s infrastructure, exploration, and remote camps, culminating on the summit of Erebus. There, the authors explored the caves and ice towers on the volcano’s flanks, taking photographs and generating original art depicting scenes in Antarctica and terrestrial analogs on other planets and moons. Readers will see an intimate side of Mount Erebus and Antarctica while surveying the region’s history, exploration, geology, and volcanology, which includes research funded by the National Science Foundation’s United States Antarctic Programs. Richly illustrated with photographs and stunning paintings showcasing the beauty of the harsh continent, the book captures the spirit and splendor of the authors’ journey to Erebus.

"The text includes short histories of space and polar explorations as well as the geology, climatology, and chemistry of these areas. Specific landforms, such as lava lakes and ice caves, common to Antarctica and extraterrestrial environments are compared. ... this book will delight readers who wonder what it would be like to set foot on Antarctica or even on the Solar System's planets and moons. Summing Up: Recommended. Undergraduates and general readers." (L. S. Zipp, Choice, Vol. 56 (5), January, 2019)

Author/artist Michael Carroll received the AAS Division of Planetary Science's Jonathan Eberhart Award for the best planetary science feature article of 2012. He lectures extensively in concert with his various books and has done invited talks at science museums, aerospace facilities, and NASA centers. He is a Fellow of the International Association for the Astronomical Arts and has written articles and books on topics ranging from space to archaeology. His articles have appeared in Popular Science, Astronomy, Sky and Telescope, Astronomy Now (UK), and a host of international magazines. His twenty-some book titles include Alien Volcanoes (Johns Hopkins University Press), Space Art (Random House), Drifting on Alien Winds (Springer 2011) and his cosmic murder mysteries, On the Shores of Titan's Farthest Sea and Europa's Lost Expedition, both through Springer. His latest book nonfiction book -- his seventh from Springer -- is Earths of Distant Suns: How we find them, communicate with them, and maybe even go there (2016). Carroll is the 2006 recipient of the Lucien Rudaux Award for lifetime achievement in the Astronomical Arts. He has done commissioned artwork for NASA, the Jet Propulsion Laboratory, and several hundred magazines throughout the world, including National Geographic, Time, Smithsonian, Astronomy, and others. One of his paintings is on the surface of Mars-in digital form-aboard the Phoenix lander. Dr. Rosaly M. C. Lopes is a Senior Research Scientist at NASA's Jet Propulsion Laboratory, where she is also Manager for Planetary Science. She has a B.Sc. in Astronomy and a Ph.D. in planetary geology from University College London (University of London, UK). She has spent most of her career at NASA's Jet Propulsion Laboratory working on the science teams for the Galileo and Cassini missions and pursuing research on planetary and terrestrial geology, particularly volcanology. She has visited active volcanoes in all continents and discovered 71 active volcanoes on Jupiter's moon Io. In 2006, she was elected Fellow of the American Association for the Advancement of Science and, in 2015, Fellow of the Geological Society of America for her contributions to the studies of volcanism on Earth and the planets. Dr. Lopes has written more than 120 peer-reviewed scientific publications and seven books. In addition to her science work, she is a strong supporter of education and outreach, nationally and internationally. She has received numerous awards, including the Carl Sagan medal from the American Astronomical Society.

Meteorite Craters and Impact Structures of the Earth

Catastrophes and Lesser Calamities: The causes of mass extinctions

From Dust to Life: The Origin and Evolution of Our Solar System 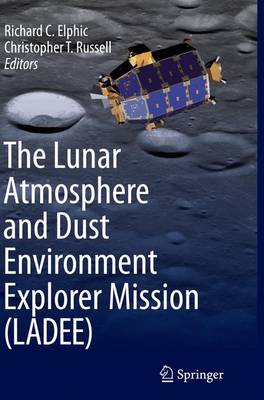 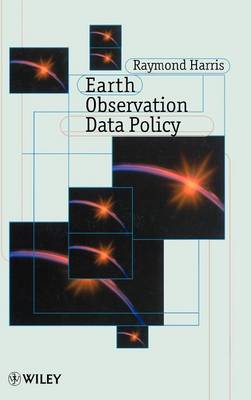 £206.00
Usually dispatched within 4-7 days
We use cookies to ensure that we give you the best experience on our website. If you continue to use this site we will assume that you are happy with it.Ok