The aim of this book is to gather together results from the return to alluvial fans in the field. The alluvial fans that have been studied are scattered over nearly the entire globe. They vary in size from the megafan of Kosi River in the Himalayan foreland, to a quite small fan on the Leba River in a pradolina of northern Poland. Equally variable are their histories and ages, which range from decades to hundreds of thousands of years. As different as the alluvial fans themselves are the approaches essayed to the problems presented by their morphology, depositional history and contemporary development. One can note two main attitudes toward the study of alluvial fans. In the first, the entire attention of the researchers if focussed strictly on the alluvial fans. In the second, the fans are treated as a useful artefact enabling one to discover and reconstruct palaeoenvironmental changes in the region where they occur. In appraising the papers in this collection, one must remember that various the alluvial fans and their environmental contexts are, so also are the conditions in which contributors work. Just as the landforms studied each has its own morphodynamical milieu, each of the authors has a particular intellectual, political and economic environment exerting an influence on real possibilities. This often is reflected in the objectives of studies, in the approach, and in the mode of presentation of the results. This perhaps has generated the second salutary outcome: a significant proportion of the papers report applied investigations. They vary from water resources assessments, through land use studies, to hazard appraisals.

A Directory of Saline Lagoons and Lagoon-Like Habitats in England: English Nature Science No 6 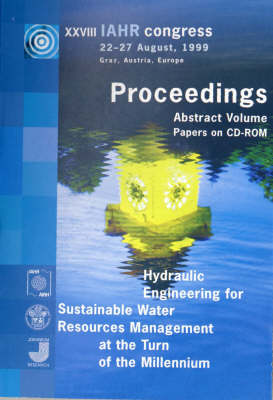 £109.00
Usually dispatched within 6-10 days
We use cookies to ensure that we give you the best experience on our website. If you continue to use this site we will assume that you are happy with it.Ok