The Collins Nature Library is a new series of classic British nature writing – reissues of long-lost seminal works. The titles have been chosen by one of Britain’s best known and highly-acclaimed nature writers, Robert Macfarlane, who has also written new introductions that put these classics into a modern context. Adventures Among Birds is almost a manifesto for the life of birds. Hudson’s experience of different forms of birdlife is prodigious, and he weaves a thousand small anecdotes together into a rallying call against indifference to the beauty of birds. From childhood memories of his first caged bird and his growing passion for them, slowly growing throughout his adolescence in Argentina, to the beauty of the diversity of birdlife in England, Hudson’s delight at this particular aspect of nature is palpable. It is in his protests against the hunting of birds for sport that his love for birds is most clearly shown. Their behaviour towards one another convinces Hudson of their friendship, and his powers of observation paint a picture of interaction and emotion between birds that is almost human. Adventures Among Birds is a collection of detailed little pictures of the feathered world and why it matters. Told with an unrelenting passion for its subject, Hudson’s book is sure to draw you in with its countless beautiful descriptions in miniature.

'... [A] passionate self-portrait of Hudson the bird lover and throughout this tome he makes a good companion to go birding with. There are many tales of wonderment as he watches and is captivated by birds, but it is his desire to protect birds that makes me realise that many of the issues that concern me today have been prevalent for a long time.' Ceri Levy, Caught by the River

William Henry Hudson was born in Argentina, the son of settlers of US origin. He spent his early days studying the local flora and fauna before settling in England in 1874. He produced a series of ornithological studies, including Argentine Ornithology (1888-1899) and British Birds (1895), and later achieved fame with his books on the English countryside, including Hampshire Day (1903), Afoot in England (1909) and A Shepherd's Life (1910), which helped foster the back-to-nature movement of the 1920s and 1930s. He was a founding member of the Royal Society for the Protection of Birds (RSPB). Robert Macfarlane won the Guardian First Book Award, the Somerset Maugham Award, and The Sunday Times Young Writer of the Year Award for his first book, Mountains of the Mind (2003). His second, The Wild Places (2007), was similarly celebrated, winning three prizes and being shortlisted for six more. Both books were adapted for television by the BBC. He is a Fellow of Emmanuel College, Cambridge. 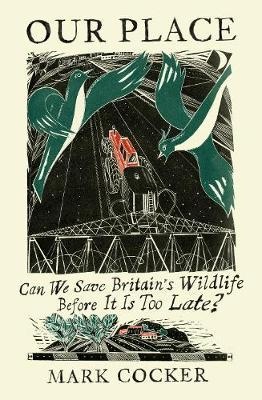 Our Place: Can We Save Britain’s Wildlife Before It Is Too Late?