A Philosophy for the Science of Animal Consciousness

"In A Philosophy for the Science of Animal Consciousness, Walter Veit argues for a more thoroughly Darwinian approach to understanding how consciousness has come into existence, and in which beings it is to be found. By shifting the focus away from human consciousness, he helps us to understand the diversity of forms of consciousness that exist in other animals." Peter Singer, Ira W. DeCamp Professor of Bioethics, Princeton University "The a priori position that human consciousness differs from that in other animals has become hard to defend. In an eye-opening account, Walter Veit explains why. As a true philosopher, he delves into both the richness and ambiguity of the concept of consciousness." Frans de Waal, C. H. Candler Professor of Psychology, Emory University "Walter Veit takes a deep historically- and empirically-informed look at the origins of cognitive ethology and re-centers the field on Donald Griffin's original idea that it's consciousness in animals that really matters. He tackles the question of how to fit an account of consciousness into the life histories of individual animals, using a Darwinian framework that emphasizes the variety and adaptive radiation of forms and functions of consciousness in the evolutionary tree." Colin Allen, Distinguished Professor, University of Pittsburgh "Some think that explaining consciousness is beyond the scope of evolutionary theory. Undeterred, Walter Veit rolls up his sleeves and gets on with the task. Drawing on the latest work in evolutionary biology, cognitive ethology, and neuroeconomics, he reverse engineers consciousness, distinguishing its different dimensions and components and identifying its roots in an ancient evaluative system which evolved to manage the complex action-selection problems faced by early forms of animal life. This is a pioneering and important book, which is informed throughout by an awareness of the rich diversity of animal life and experience. It will challenge your view of consciousness and transform your attitude to your fellow creatures." Keith Frankish, Honorary Professor, Department of Philosophy, University of Sheffield "Walter Veit has written a very thoughtful and thought-provoking philosophical exploration of the evolutionary origins of consciousness. He aims to bring us closer to a true biological science of animal consciousness, what Donald R. Griffin, the founder of the field of Cognitive Ethology, termed the "crowning chapter of the Darwinian revolution." That chapter is to be written by studying the mental experiences of animals in their daily lives and natural worlds. Veit's work exhibits the fruitfulness of the growing collaborations between philosophers and scientists of animal behavior to the clear benefit of both. He gives serious consideration to the problem of consciousness and the evolution of forms of consciousness, integrating the work of many disciplines and delineating the likely functional significance of consciousness and its varieties in different species. Veit offers persuasive arguments and examples that evaluative consciousness lies at the core of the phenomenon of consciousness, though leaving enough to argue about and discuss fruitfully as to other characteristics that may be strong contenders for that role. His work is a significant contribution to the field and well worth delving into." Carolyn A. Ristau

Walter Veit is a post-doctoral research associate at the University of Bristol. His interests stretch widely across science and philosophy, but they are primarily located at the intersection of the biological, social, and mind sciences in addition to empirically informed philosophy and ethics. 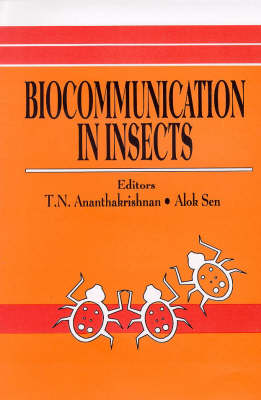