A History of Optical Telescopes in Astronomy

This book is uniquely about the relationship between the optical telescope and astronomy as they developed together. It covers the time between the telescope’s pivotal invention in the 1600’s up to the modern era of space-based telescopes. Over the intervening centuries, there were huge improvements in the optical resolution of telescopes, along with changes in their positioning and nature of application that forever altered the course of astronomy. For a long time, the field was an exclusive club for self-motivated stargazers who could afford to build their own telescopes. Many of these leisure-time scholars left their mark by virtue of their meticulous observations and record keeping. Although they would now be considered amateurs, these figures and their contributions were pivotal and are covered in this book alongside professionals, for the first time giving a complete picture of the history of telescopic science.

"This book succeeds in picking up the most important points, ... .There are illustrations, both monochrome and colour, ... two shows telescopes - Hevelius' 210-foot refractor and the Hubble Space Telescope." (The Observatory, Vol. 139 (1270), June, 2019)

Wilson Wall has been a professional geneticist for more than 30 years, including postgraduate training as a clinical cytogeneticist. He has worked as team leader and section head in his role as a clinical cytogeneticist in the UK, Australia and New Zealand. He carried out doctoral and postdoctoral research into areas of molecular genetics, specifically in evolution and forensic applications. For many years he was secretary to the History Committee of the Institute of Biology. Wall is also an avid amateur astronomer. As a professional microscopist, Wall designed microscope lenses. His pursuits in amateur astronomy and interest in lenses eventually led him to build his own telescope lenses and telescopes, which he discovered were easier to design than microscope lenses but harder to use. As his work progressed in building better telescopes, he recognized the important connection between the development of the technology and the evolution of the science of astronomy, as well as the social setting in which this took place. Recognizing that there was a story here to tell, he became motivated him to write this book.

General Theory of Light Propagation and Imaging Through the Atmosphere 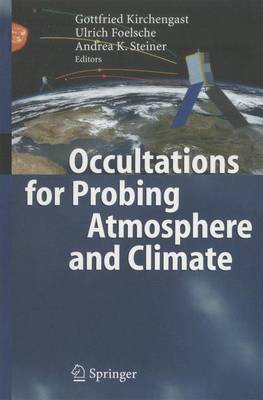 Occultations for Probing Atmosphere and Climate 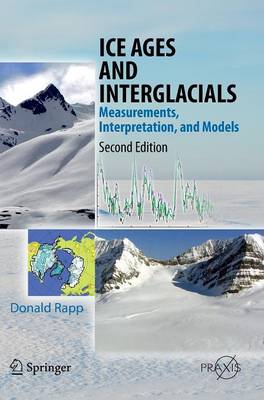 £149.95
Usually dispatched within 6-10 days
We use cookies to ensure that we give you the best experience on our website. If you continue to use this site we will assume that you are happy with it.Ok